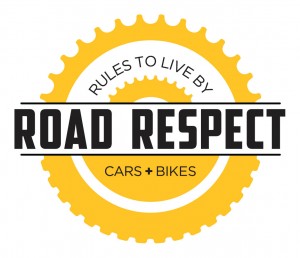 Cycling is becoming more popular than ever and the most popular road cycling routes in the state are becoming positively crowded with cyclists. It’s a good news-bad news scenario. It’s awesome that there are so many cyclists out on the road and you can presume that people who ride their bikes on weekends will be more sympathetic to the cyclists they encounter on weekdays when they are driving.

The bad news is that there are likely to be some cyclist/motorist problems. New cyclists are less familiar with the rules of the road and with crowds of cyclists on the roads; the temptation is to ride multiple abreast, instead of single file. Motorists don’t always know the rules either and there are still a few who think that cyclists belong on the sidewalk. Sadly, there is also a tendency for motorists or cyclists to dehumanize the other and on occasion, that can lead to conflict.

It’s time for both cyclists and motorists to learn to peacefully coexist out on Utah’s roads. Mutual respect and learning to follow the rules of the road will go a long way toward making it safer for cyclists to ride the streets. With that goal and message in mind, the Utah Department of Transportation (UDOT), Utah Highway Safety and Zero Fatalities have teamed up to launch a Road Respect Campaign and Tour. The theme will be: Road Respect, Rules to Live By, Cars + Bikes. Launching in June, the program will include outreach and advertising initiatives that will continue through the summer. The main messages include a focus on safety and helping both groups understand and follow the laws, or rules, of the road.

To kick off the program, a group of 25 cyclists from UDOT, DPS, law enforcement, health departments, other state agencies and bicycle advocacy groups will participate in a weeklong bike tour, dubbed the Road Respect Tour, beginning June 13 in Logan concluding in St. George on June 18. As the ride moves south, from town to town, community Road Respect rallies and stops will be hosted, with the goal of increasing respect among motorists and cyclists. The tour will feature ride opportunities which are legs of the Road Respect Tour open to cyclists with road experience. Ride times and places to link up for joining in the ride will be on the Road Respect website. The rallies will often have special events appropriate for the whole family such as bike rodeos, helmet giveaways, family bike rides, food and fun games. Mutual respect between the two modes of transportation will be reinforced in a fun and friendly atmosphere for the whole family.

The first day’s ride begins in Logan and heads through Ogden, then Farmington, finishing in Salt Lake City. On Tuesday, the ride commences in Salt Lake and rides up Emigration Canyon to Park City for a rally at Miner’s Park, before concluding in Provo. Wednesday’s ride will have the core group leaving from Provo and riding into Nephi, and Moroni, before finishing with a special stop in Manti. The following morning the tour will be in Moab for some special Road Respect festivities: a 65-mile ride out to Dead Horse Point and back (open to all), a family bike ride, activities for children, food, fun and special guest speakers. The June 17th ride will leave Torrey, and arrive in Loa for a rally before heading to Panguitch. The tour concludes on Saturday with stops and rallies in Springdale and Hurricane including fun family events, helmet giveaways, a metric century ride, and the ribbon cutting event for the first designated bike route in Washington County.

The public is invited to participate and attend these free events. More details and a list of stops and rallies are found on the program website, RoadRespect.Utah.gov which will be officially launched on May 27th.

Rules of the Road—Tips for Cyclists and Motorists

• When not impeding traffic, ride no more than two abreast. When a car is coming or when you are riding in traffic, ride single file.

• Obey all traffic signs, signals, and lane markings. If you want the respect of motorists, you must show respect for traffic laws.

• Ride with the flow of traffic.

• It is acceptable to ride in the middle of the lane if you are making a left turn, if there are obstacles impeding the bike lane or if you are moving at the same speed as traffic.

• Wear bright clothing that increases your visibility to motorists.

• When riding at dusk or dark, use reflective clothing and lights.

• Always wear a helmet. Your helmet should sit level on your head and the straps should be snug.

• Make eye contact with motorists when making a turn or changing lanes, so each party is aware of one another.

• When entering or crossing a road from a parking lot, driveway or crosswalk, or when changing lanes or leaving the shoulder, yield to vehicles already on the road.

• Be respectful of other road users. Courtesy is contagious. Always be a bike ambassador on the road!

• Give at least three feet of space when passing a bicyclist. If traveling on higher-speed roads, give more space.

• Watch for bicycles in traffic; they are smaller and harder to see.

• Don't underestimate the speed of a bicyclist. Many bicyclists can easily travel at 25-30 mph.

• Slow down around cyclists.

• When driving near a child on a bike, be prepared for the unexpected.

• When turning left, yield to any vehicle, including a bicycle approaching from the opposite direction.

• When turning right and passing a cyclist, leave plenty of room between cyclists who are also turning right. Do not pass the cyclist and turn in front of them.

• Be patient when driving around cyclists. Roadway conditions may make it necessary for cyclists to ride in the middle of the lane because of potholes, road debris, or a parked vehicle.

• Be aware of your surroundings and don't drive distracted.

• Be aware of bicyclists entering the roadway from driveways, intersection sidewalks and other streets.

• Avoid honking your horn around cyclists, if possible. Car horns are much louder outside of your vehicle and can startle bicyclists and cause dangerous reactions.

• Be respectful of other road users. Courtesy is contagious.