The West of Roy Roads Ride is a 25.7-mile tour of nearly flat roads in extreme southwest Weber County, Utah. The ride is on roads west of the city of Roy, passing through the cities of West Haven and Hooper, as well as the community of Taylor. The route follows a clockwise star-like pattern that is designed to maximize the mileage and coverage of the area. For those of you who are familiar with Utah’s road naming convention, the entire ride is confined between 1800 South and 5500 South on the north and south, and between 2700 West and 5900 West on the east and west. Actually, some familiarity with the convention may be useful, given that the ride makes a number of turns; keeping track of one’s direction (north or south, east or west) would help. Just remember that, if you are on a “West” road, then you are moving north or south; and, if you are on a “South” road, then you are moving east or west. Got it? 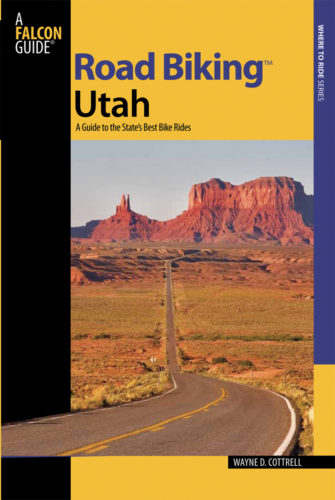 The route is entirely west of 2700 West, as a way of avoiding the busier, central areas of Weber County (such as Roy and Ogden). But, get out here soon, as the communities mentioned above continue to grow. West Haven, which became a city in 1991, combining the communities of Kanesville and Wilson, had a population of 12,330 in 2016, up 20% since 2010, and a whopping 468% since 2000. Similarly, Hooper’s population of 8670, in 2017, had more than doubled since 2000. Yet, these cities are still small enough for their roads to have light traffic volumes – fine for cycling. Roadway shoulders tend to be narrow along the route. The heaviest volumes are on the State routes, with the highest, at just over 10,000 vehicles per day, on UT 37 and UT 97 near 2700 West and Midland Drive, respectively.

Start the ride at Country Park in West Haven, located at 2850 West 3300 South. The park entrance is off of 3300 South. The starting elevation is 4,271 feet. The net climb along the route is 185 feet, with a highest elevation of 4,308 feet, and a low of 4,226 feet. Start by heading east on 3300 South. Turn right at 2700 West and head south. Regarding the route, there are seven left and 12 right turns along the way. The sequence is two right turns, followed by two lefts, three rights, two lefts, five rights, two lefts, and then right-left-right. Simple, eh?

Continue south on 2700 West to Midland Drive. Turn right here; Midland is the only road with a diagonal orientation along the entire route. After just one-quarter mile, turn right onto 4000 South (Utah State Route 37, or UT 37) to head west, now 1.2 miles into the ride. Just past mile 3, turn left onto 4300 West to head south, for one mile. Next, turn left onto 4800 South and head east, returning to Midland Drive. Turn right on Midland (sharp right) to head southwest. After a little over one mile on Midland, turn right on 5500 South (UT 97) and head west. This is a 2.2-mile stretch, taking you to 5900 West, which is part of UT 37. Welcome to Hooper! Hooper has been settled since 1854, but did not become a city until 2000. Turn right here and head north. At 4000 South (just past mile 10), turn right and head east. Another right turn follows at 5500 West. At 5100 South (mile 12), turn left and head west. Just down the road (not actually along the route), near 5500 West, is the Muskrat Springs historical marker. A plaque commemorates the spring site, which supplied fresh water to the area’s early settlers. In fact, Hooper was formerly named Muskrat Springs, before being renamed Hooperville, and then Hooper. William Henry Hooper was a Congressional delegate, back when Utah was still a territory. Back to the ride, at 5100 West, turn left to head north. Continue to 3300 South, where some traditional, agrarian-style homesteads are mixed in with newer, suburban-style residences. Turn right and head east on 3300 South to 4700 West, which is UT 134. Turn left to continue heading north. You are now entering the unincorporated community of Taylor. Continue northward to 1800 South; make a right here. Continue heading east to 2700 West (just before mile 20). Turn right here to head south, returning to West Haven.

Yes – welcome back to West Haven! Most notable about West Haven is that it is the home of the confluence of the Ogden and Weber Rivers. The Weber, at 125 miles in length, is longer than the Ogden, which is 35 miles. Both rivers form in the mountains to the east, with the Weber forming in the Uintas, and the Ogden forming in the Wasatch Range. After the Ogden River merges with the Weber River, in the northeastern corner of the city, the latter flows westward to empty into the Great Salt Lake. (The ride does not cross either river). At 2550 South, turn right to head west one more time. The road leaves West Haven, returning to the rural areas west of the city. At 4300 West, turn left, followed by another left onto 3300 South. Once on 3300 South, the route is on its final segment, heading east to return to West Haven. Look for Country Park on the right at 2850 West. The ride ends here.