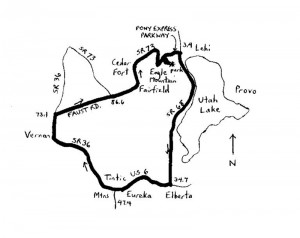 Is Chocolate Milk Really the Best Nutritional Choice for Recovery?

Use a Gear Chart to Customize Your Gears and Shifting Pattern

Adventure Cycling in the Wild West