PRESS RELEASE – SALT LAKE (July 9, 2019) – The inaugural Salt Lake Criterium will roar through The Gateway and surrounding neighborhoods on Saturday, July 20, 2019 from 1 until 9:30 p.m. The race course will provide big excitement for the bicycle racers and spectators alike with world-class and local favorite competitors lapping a fast-paced, short 1.1-mile multi-circuit through downtown Salt Lake. This is the first time USA CRITS Series, the premier cycling series in the United states, is bringing the race to Salt Lake.

The Salt Lake Criterium is a crowd-pleasing cycling race featuring the top criterium (or crit) racers in the world and local amateurs, spectacular viewing areas from above and a beer garden and festival area around the start/finish line near the Olympic Legacy Plaza. Ample parking is available, but everyone is encouraged to take public transportation. The Gateway has two easily accessible TRAX Stations.

America has a rich history of criterium racing, a unique form of cycling that stresses high-speed races contested amidst a thriving urban atmosphere.  Criteriums are the most spectator-friendly and enduring form of bicycle racing in America. Locally originated events combine the highest levels of cycling with community gatherings and street festivals, while showcasing some of America’s most vibrant downtown districts.

“The last time a professional criterium of this level came to Utah was in 2014 and 2015 during the Tour of Utah Women’s Edition, an event for professional women criterium racers,” said Eric Gardiner, Salt Lake CRIT race director. “The Salt Lake Criterium will feature pro men and pro women’s fields with equal prize money ($7,500 each).”

Twenty of America’s elite men’s and women’s cycling teams from 14 different states have been invited to participate as USA CRITS D1 teams. The nationwide series offers a season ending prize purse for teams and individuals while streaming all the races on usacrits.tv.

Local professionals include Park City resident, Katie Clouse who at the age of 17 has 26 national championships in road, mountain biking, and cyclocross. This year she placed third at the Athens Twilight Criterium, which is one of the longest standing criterium races in the US and part of the USA CRITS series. She races for the locally based DNA Pro Cycling Team.

AJ Turner, another Utah resident and employee of Ogden-based ENVE composites will be featured in the men’s professional race that starts at 8pm, riding for the Team Clif Bar Cycling. AJ Recently won the Utah State Criterium Championship held at Sugarhouse Park in May.

“We are so excited to welcome these elite riders and our local favorites to The Gateway,” said Jacklyn Briggs, marketing director. “It’s exciting to host this caliber of race and The Gateway is the perfect space to do it, with its multiple viewing areas from the upper or lower level, there is no better place to see and feel the excitement of a crit race.”

Sponsors: Returning to support the Series for 2019 is Bikereg.com, the official registration and results partner, as well as Specialized and Colavita. New industry sponsors include Jakroo, Feedback Sports, and DeFeet. 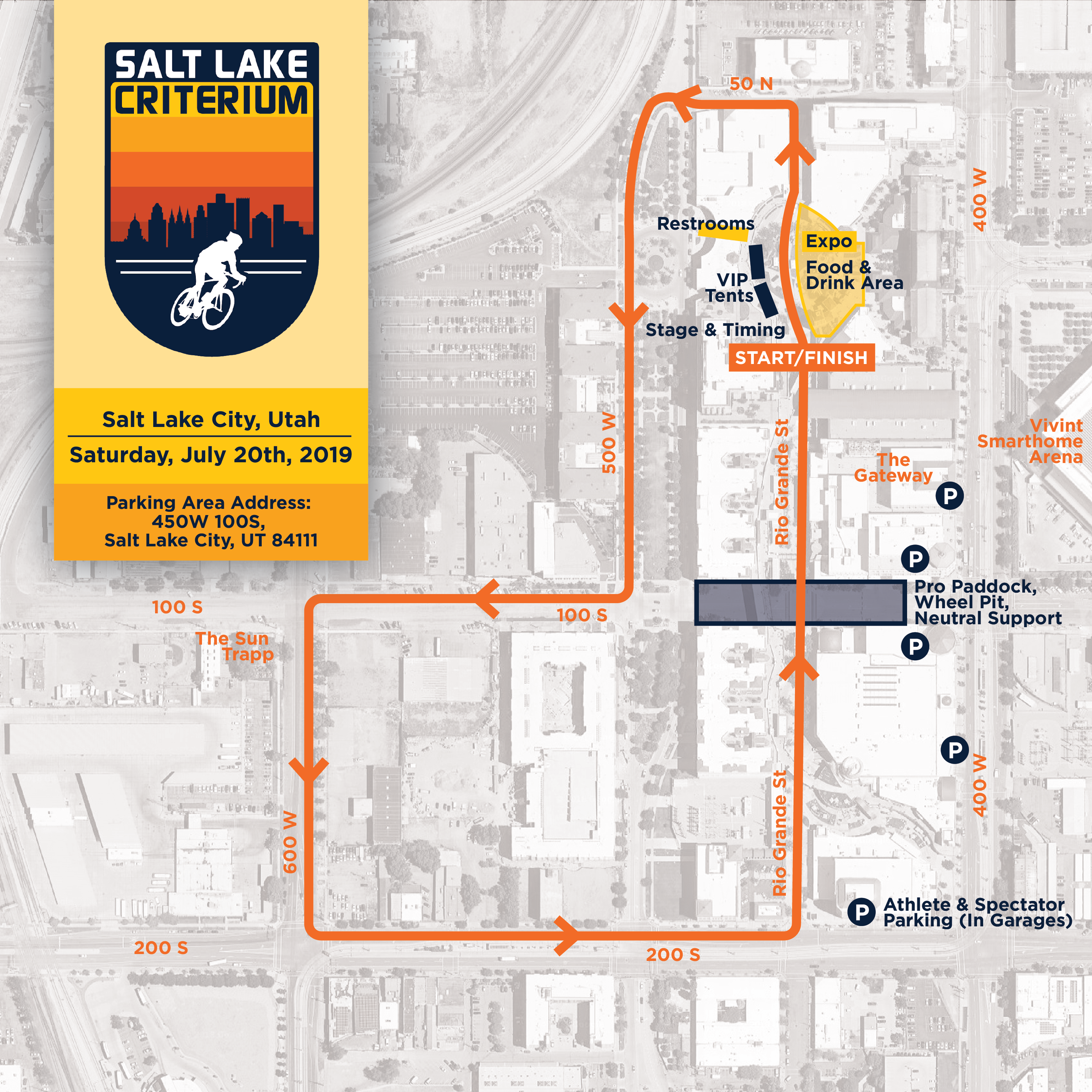 Cyclists Have a Greater Chance of Getting Osteoporosis in Comparison With...