By Shannon Boffeli – Warm temperatures and a usually dry climate led up to this year’s Park City Point 2 Point.

It was clear that year eleven of northern Utah’s premier mountain bike event was going to be a challenge, not just because of the 75-miles of singletrack and nearly 12,000 feet of climbing, but the added challenges of staying hydrated in almost 90-degree temperatures.

Race director, Jay Burke, spent the days leading up to the race driving home the importance of drinking throughout the grueling event. It’s often said the Point 2 Point is tougher than even the Leadville 100 and summer heat can make it seem impossible.

Burke’s coaching paid off as 289 of the 344 starters completed the harrowing event, a testament to the toughness of every rider in the Park City event.

The toughest rider of all was red lantern winner, Greg Paul, who dug deep to come in as the final finisher with a total time of 12 hours 41 minutes and 51 seconds. Paul proved even bilateral knee replacements couldn’t keep the 50+ competitor from conquering one of the toughest challenges in the sport of mountain biking.

The fastest time of the day went to northern Utah local and 8-time Point 2 Point winner Alex Grant (Gear Rush/Cannondale). Grant fought hard to recover from a crash on the tortuous John’s trail then used his now-patented move of dropping the hammer on the Armstrong climb to open roughly a minute gap on Zach Calton (Hyperthreads/Summit).

Calton stayed as close to Grant as anyone ever has at the P2P but couldn’t claw back the minute he needed to reach the lone leader.

Grant finished with a time of 6:06:11. Calton crossed the line in second just over a minute back.

Kyle Trudeau (CZ Racing) rode strong throughout the day to finish third. Followed by early race leader Sam Sweetser (Cole Sport) in fourth. Sweetser is one of a very select group of riders who have completed all eleven editions of the Park City Point 2 Point.

The final podium spot came down to a sprint with Ben Parman just squeezing in front of Justin Lindine and Brian Scarbrough.

The women’s race was a tight battle most of the day between previous P2P winner Evelyn Dong (Pivot/NoTubes) and Caedran Harvey (Fitzgerald’s). Dong led most of the day but after the feed zone at mile 50 just a minute separated the two.

“I felt like I had the greatest race going up to that point,” Harvey shared after the finish. “I saw Evelyn at the feed and I really felt like I might catch her but as soon as I left the feed my legs just stopped.”

Evelyn continued pushing over the last 25 miles not knowing her challenger was struggling and by the finish she had a 13-minute gap in hand.

Harvey persevered and rolled in second.

After the event, riders relaxed in the expo area enjoying the onsite food and sharing their stories of triumph over one of the toughest single-day mountain bike courses in the United States.

Shannon Boffeli is the managing editor for mtbracenews.com and part of the @pearlizumi_pivotmtb_team 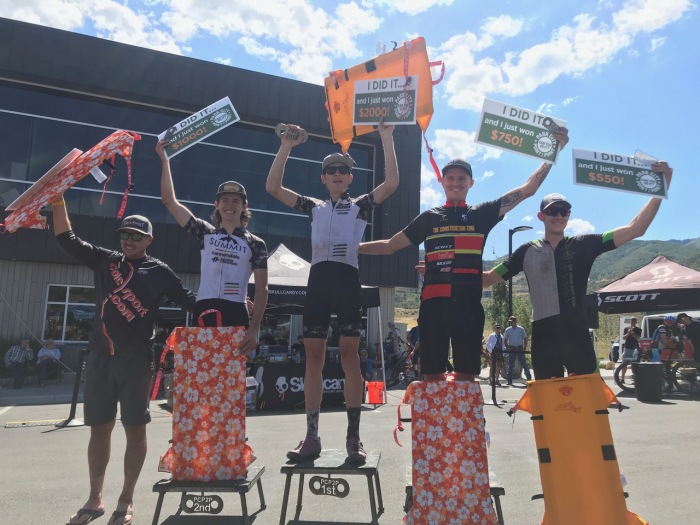 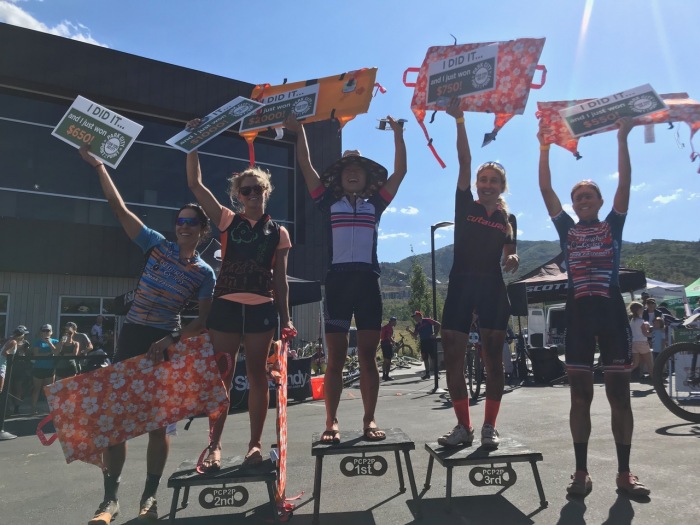 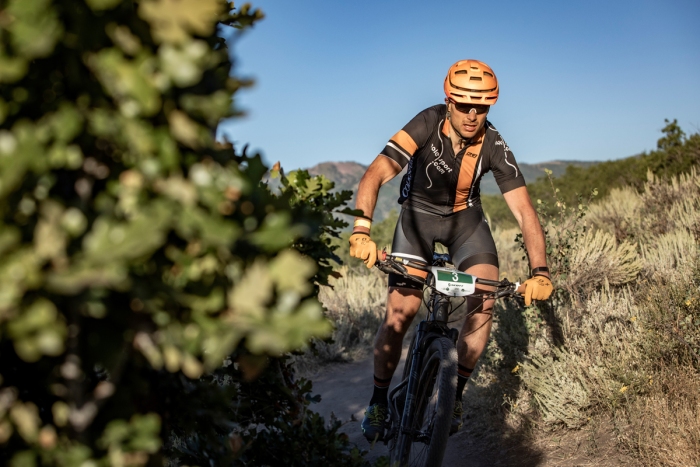 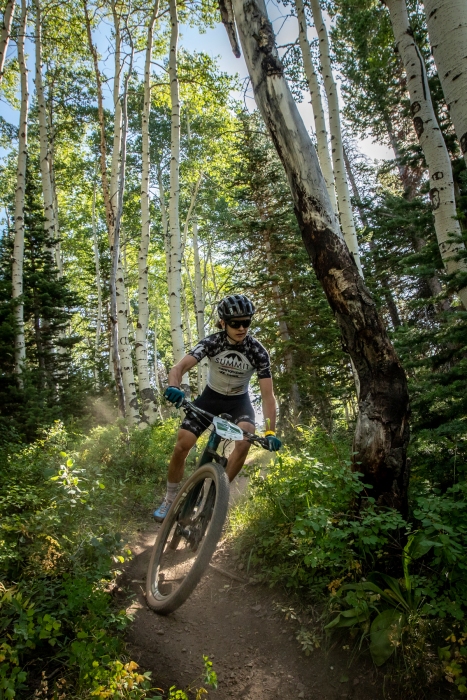 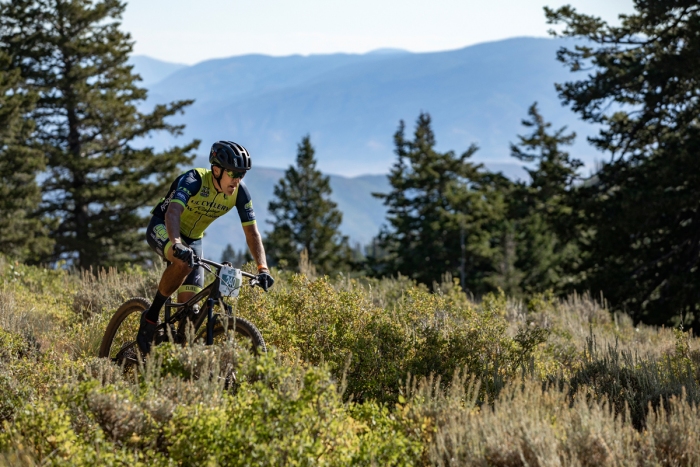 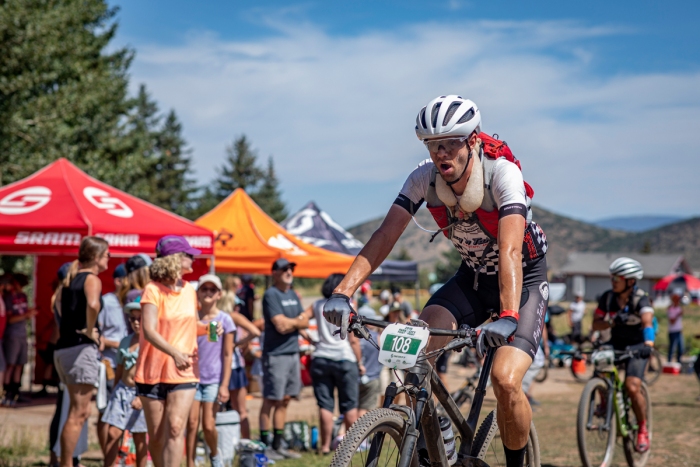 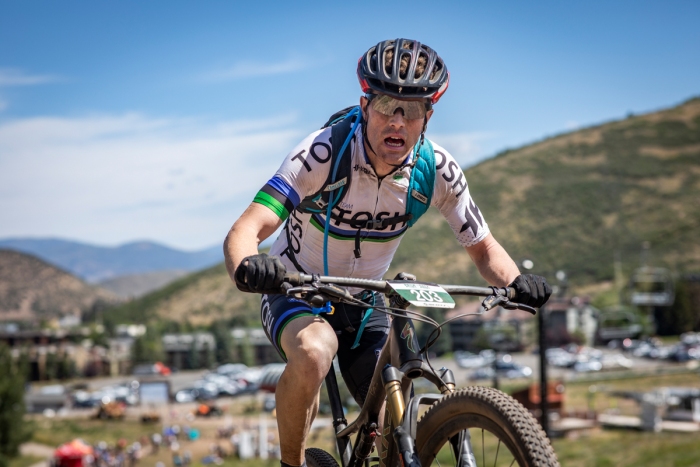 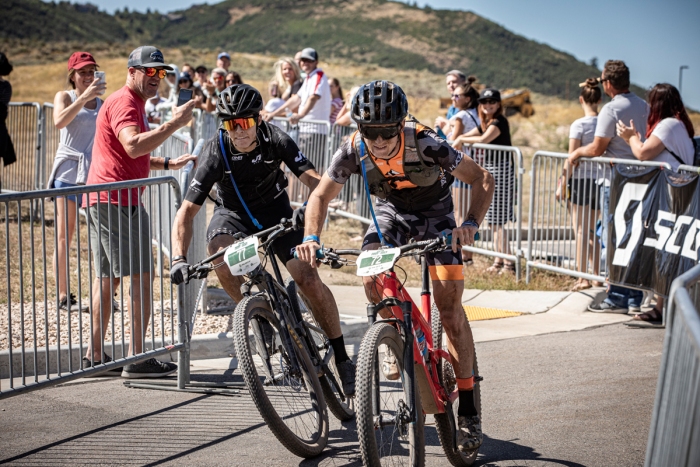 Interior Department: Ebikes to be Allowed in National Parks and Most...