COLORADO SPRINGS, Colorado (August 11, 2021) — USADA announced today that Katherine Compton, of Colorado Springs, Colorado, an athlete in the sport of cycling, has accepted a four-year suspension for an anti-doping rule violation. 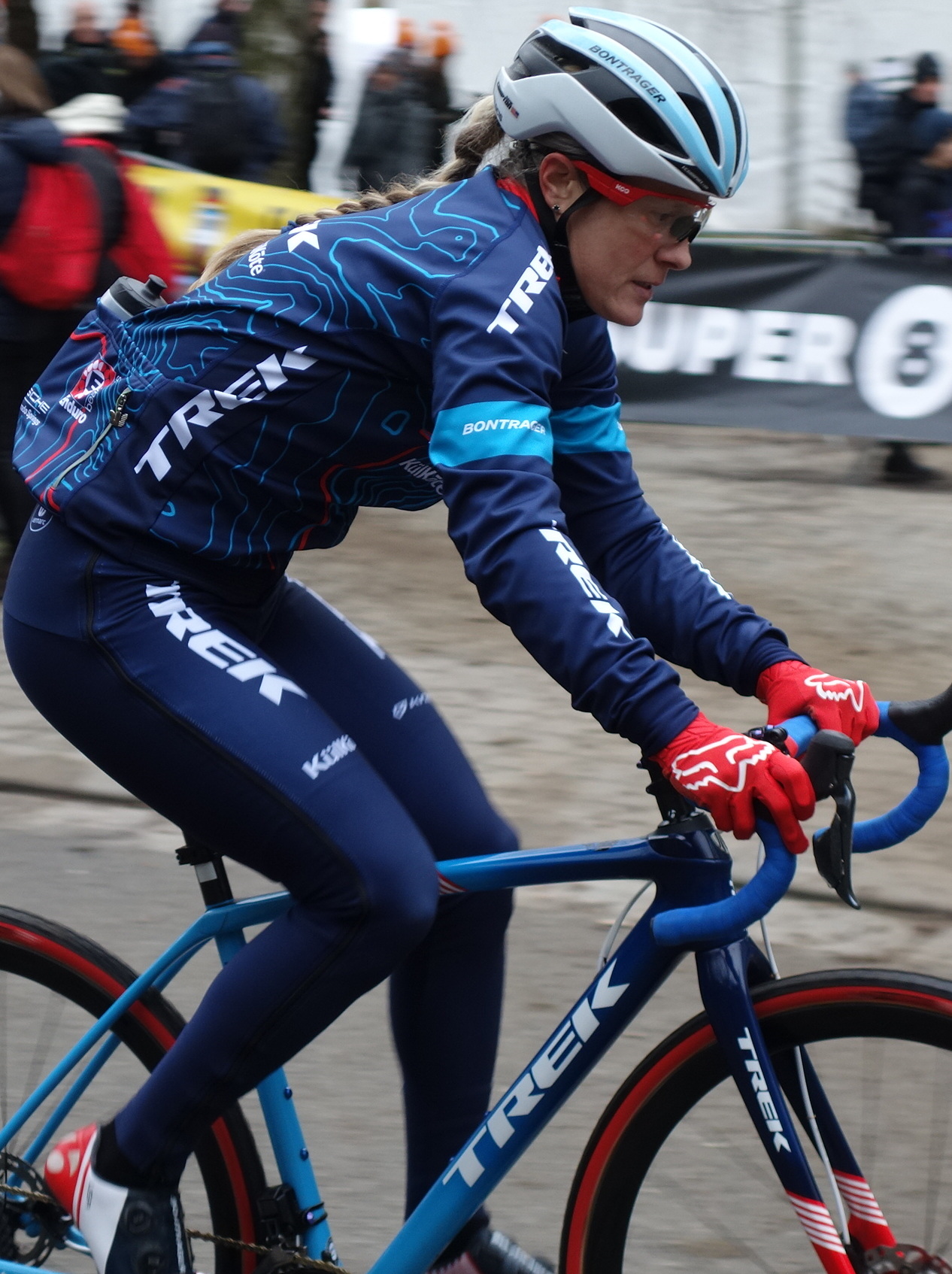 Compton, 42, tested positive for an anabolic agent as the result of an out-of-competition drug test on September 16, 2020. Her urine sample was analyzed using a specialized test, known as Carbon Isotope Ratio testing, that differentiates between anabolic androgenic steroids (AAS) naturally produced by the body and prohibited anabolic agents of external origin. Anabolic agents have powerful performance-enhancing capabilities and can give an athlete an unfair advantage over fellow competitors.

Compton’s four-year period of ineligibility began on September 16, 2020, the date her positive sample was collected. In addition, Compton has been disqualified from all competitive results obtained on and subsequent to September 16, 2020, including forfeiture of any medals, points and prizes.

Compton released the following statement to friends and family prior to the news breaking, then released it wide to the press:

This news comes with great heartache and sadness, and it is the worst possible way to end my cycling career. I need to preface this news with the fact that I have always been a clean athlete, and I am proud of how much I have accomplished racing clean and being very careful with whatever I put into my body, especially after dealing with so many health issues throughout my life.

I provided a sample for USADA in September 2020 that came back negative for any banned substances, it was not even atypical. That news was communicated to me in the same way it has always been via a letter from USADA. I’ve received that same letter after every test I’ve submitted for the last 19 years. In early February of 2021, after returning from a difficult race season, I learned that the same sample from September was re-analyzed due to a bio-passport irregularity and found to be positive for an exogenous anabolic steroid. This was devastating news to me as I have never intentionally or knowingly put anything like that into my body. I know how delicate women’s hormones are, and I would never choose to take anything to jeopardize my health and, as a result, suffer irreparable damage to my endocrine system. And not only that, I never took anything for ethical and moral reasons; I’ve been a strong proponent of clean sport my entire career and feel doing anything to enhance one’s own natural ability is cheating, full stop.

Despite deciding to retire in March, I also felt the need to try and defend myself and my reputation. I hired a lawyer and did my best to investigate how the substance got into my system but was unsuccessful in finding that answer. Over the past six months, I learned that I cannot prove that I didn’t intentionally take anything, and I can’t afford to keep fighting knowing the outcome will be the same regardless. Unfortunately, seeing that it was five months between the sample collection and the notification, trying to figure what allegedly got into my body proved to be impossible, and I have decided to stop fighting an expensive and difficult battle and accept the sanction.

So, it is with great stress and sorrow that I’ve ended my competitive career. My friends and family know how much I’m against doping and know it is a topic in which I have always been outspoken. This news is gut-wrenching to me and the worst period I’ve ever experienced during my life so far. I’ve processed all the emotions over the past year and realized that I don’t need bike racing in my life anymore. I still love riding my bike and enjoying that with friends, but I have no desire to ever race or be competitive again, which is probably good since the sanction includes a four-year ban from competition.

I wanted to share this news prior to USADA releasing it to the public so you hear it from me first. I’m obviously stepping away from the competitive cycling world for the next few years and don’t know what my future within the sport may look like post sanction, but I want people to know that I’ll miss the racing community, specifically all the amazing people I’ve met along the way who simply share the love of riding bikes. I’ll always cherish the experiences and wonderful adventures cycling has given me while also acknowledging that it has brought me plenty of heartache and disappointment, and I’m emotionally and mentally exhausted. Ending my career this way is simply soul-crushing. It physically hurts and makes me incredibly sad.

PNW Athletes Shine on Day 1 of US Cyclocross National Championships

Mike and the Bike Kids Book to Host Booth at Utah...