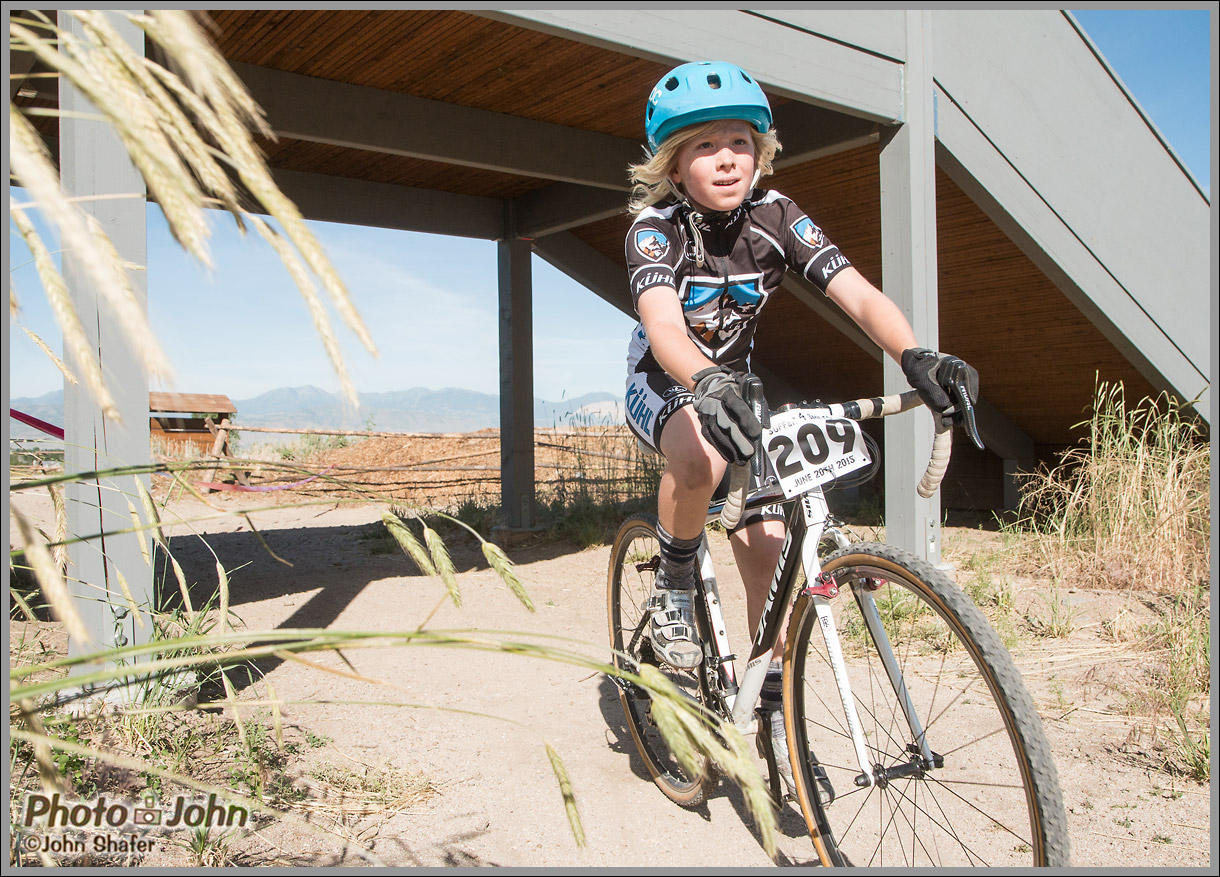 Photos by Photo John. A complete gallery of all racers and prints for sale will be available soon at Photo-John.net Please support your local photographer.

Organizer Jon Argyle told us about the charity, fundraising, and the race.

Operation Smile is a charity that helps kids with cleft palate become normal looking. It allows children that are looked upon by their general public to have a normal life without fear of being looked down upon by their peers. There are many surgeons in the world that donate their time to go and help these small children. Many of those come from our great state of Utah. Zack Longley and I work for a company called Ethicon. Ethicon and its owner Johnson and Johnson have decided to support Operation Smile as a charity. We have been asked as representatives of Ethicon to come up with ways to donate to Operation Smile.

Zack and I came up with the idea to hold a cyclocross race benefiting this great cause. In just a matter of a couple of months the reality came to fruition this last weekend. There were many great supporters of this race with donations of either cash or prizes to help with the raffle and the winners.  Zack and I decided that we would try to keep the race as simple and his grass roots as possible and make it very well-known that 100% of the proceeds would go to charity. We chose to have an A B and C class with men and women and a high school class with men and women. Each class would have one winner that would receive a $250 helmet donated to the race by Bikers Edge of Kaysville. Most of our marketing strategy came from Facebook postings on different cycling websites. We appreciate the word-of-mouth marketing that we received and the positive comments that were put forth.

The race took place in Draper at the Draper cyclocross course (at the Draper Cycle Park). We know that this course is a work in progress we also know that we had a blank canvas. We wanted the course to be challenging and technical review without giving a huge advantage to bicycles with suspension.  I feel the course was very well laid out and challenging enough to challenge even the A racers. There was great racing in all classes the C class included the high school racers and the overall C winner was last year’s state champion high school mountain biker. The exciting part of the sea race was for second and third they battled the whole race until a sprint finish where it appears that experience out did youth for the second place spot. The B class had by far the most day of registrations.  It was the biggest group of racers of the day by far.  Trini Olds, from Roosters/Bikers Edge, is a second year high school mountain bike racer and won the B class in the women's race.  The A race was exciting the whole race. Dylan Cirulis of Roosters/Bikers Edge lead the race from start to finish to be the champion of Suffer 4 Smiles #1. Because we were on a shoestring budget need and all results for the race were written on a hard copy paper for the race day only.

Zach and I are very grateful for the support that the cyclocross and a mountain bike and rode bike community gave to this race. We understand that it was a difficult weekend having other major races going on but we still managed to have just under 100 entries to this race.  We were selling five dollar raffle tickets to the more than $2000 in prizes that were donated by local bike shops.  All in all it was a very fun race even though cyclocross is not known for its summer racing it was fun to get together with the people that we love and appreciate.  Ethicon and Johnson & Johnson have agreed to match dollar for dollar every dollar that we donate. We will be donating just under $5000 from the race and from the donations that we have received. Grand total donating to Operation Smile will be approximately $15,000.00.  It costs about $200 in product to fix a smile, you do the math… (Editor’s Note: That will lead to about 750 new smiles!)

It is our hope that we continue this race in the future but maybe later on in the summer early in the fall maybe. We would also like to team up with the local race promoters to involve this race as a charitable race in a series. Again Zach and I are grateful for the community and for our friends that supported this wonderful race, thank you very much.