July 1, 2015 – The P-Town Cross, a mid-week cyclocross series held in Utah County each fall has been doing great things lately.

P-Town Cross is a midweek CX series founded in Provo, Utah in 2010. It was originally called SBR Cross as I started it with the owner of SBR Sports. We had a handful of small local sponsors that kicked down raffle prizes. The whole goal was to get some good practice efforts in midweek leading up to the bigger weekend race series in the region. Even more important was keeping it fun and weird. Our first ever race, Jonathan Page showed up! The following year, a friend Gabe Williams of 3B Yoga, told me that he wanted to be the title sponsor of the series. We put it all together in a matter of 3 weeks and our numbers from the first year doubled. JP, Ali Goulet, Keegan Swenson and Evenlyn Dong were among many who showed throughout the series. It was fast racing, laid back atmosphere and we were giving away at least 35 raffle prizes per round. Fast forward to now. In 2015, the racing was amazing. The courses were great, high school racers race for free, we had our first annual “Ladies Night”, Jamie Driscoll raced a few races and the top 5 “A” Flight racers walked with cash after each round as we do a 100% “Pro Payback”. The biggest highlight however, we donated ALL of our proceeds to a local High School Mountain bike team.

The whole idea of “Giving Back” has always been in our minds but we didn't know what was best. We are massive supporters of youth sports and I had a great opportunity to race collegiately but I had always wished I would have started sooner. We have been allowing H.S students to race our series for free. I got in contact with Lori Harward who is the director of NICA in Utah and asked her what team could use the most help to make sure that the team would be able to attend all of the races this fall. The West Granite Composite team was decided on. They are a composite team from all middle and high schools in the Granite School district in the Salt Lake Valley. Kerry Thurgood and myself were able to meet up with Lori and the team to present the check. I feel like the kids were expecting 2 to 3 hundred dollars. They were absolutely floored when they saw the $748! It was such an amazing experience for us to be able to impact those kids and coached like that. Gear and travel expenses are going to be a lot easier to come by for them and this will be a good jump start for the team to really grow and prosper in the coming years!

For 2015 and beyond, we are going to stay on the same program. High fives, cash payouts, high school donations, heckling and focusing on growing the sport of cyclocross is all we want to and are going to do.

The P-Town Cross runs from August to October on Tuesdays in Utah County. The 2015 schedule will be confirmed soon. For more information, visit www.3byoga.com

Some Photos of the High School Racers: 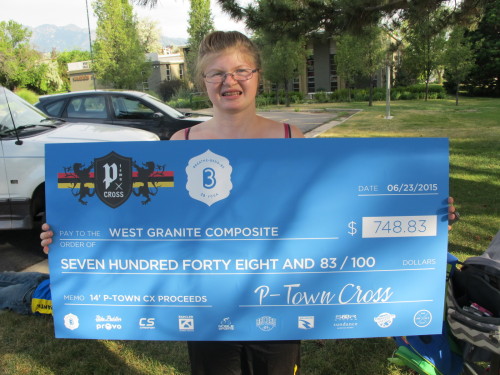 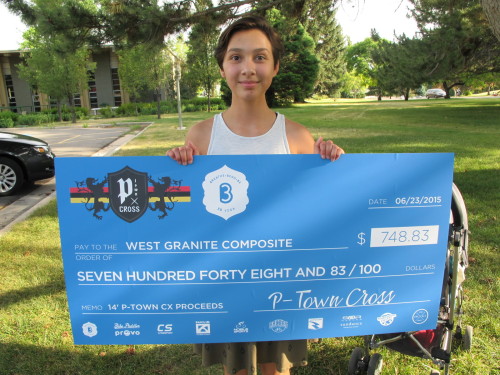 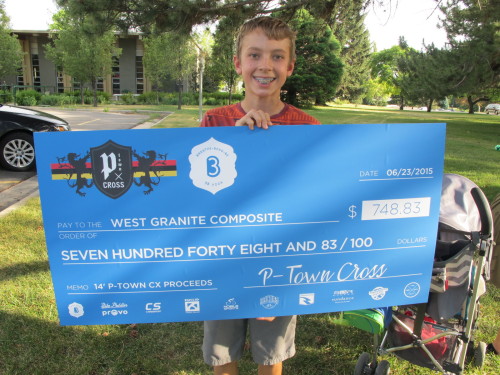 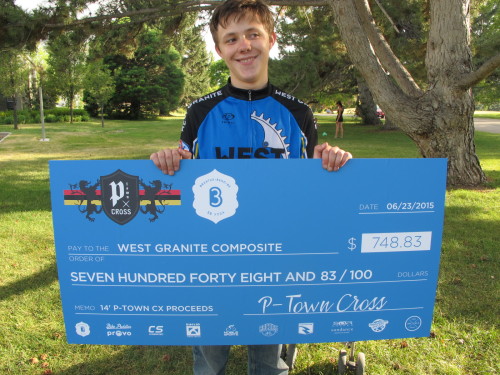 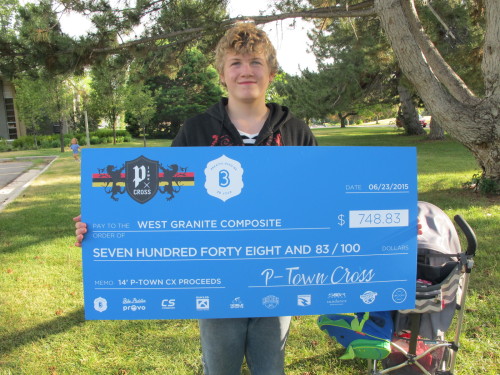 A Trip to the 2015 Cyclocross World Championships