While CrossVegas is new to hosting a UCI Cyclo-cross World Cup, it is the biggest cyclo-cross race outside of Europe and has been an UCI Category 1 event for the past 8 years. For the last few years racers from over a dozen nations have competed. Competitors have included the world’s top-ranked men and women as well as multiple national and UCI world champions. 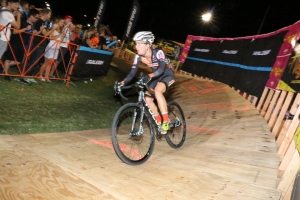 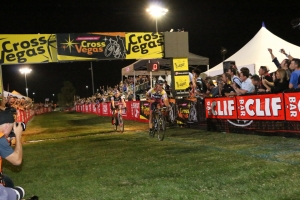 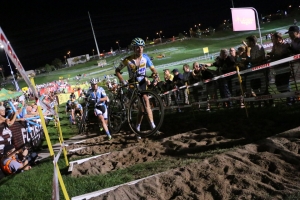 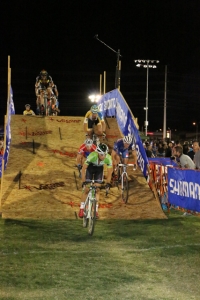 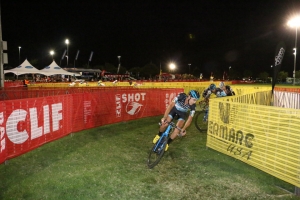 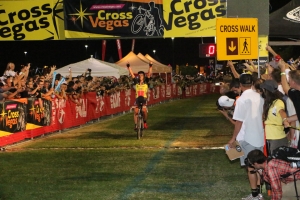 “CrossVegas is honored to be selected. Becoming a UCI Cyclo-cross World Cup race is the natural next step for CrossVegas and is the culmination of years of support from dedicated sponsors and the worldwide cyclocross community,” said CrossVegas Director Brook Watts. “For years now, racers, teams and fans from Europe, North America and beyond having been hoping that CrossVegas could be a World Cup.   Now that it will be a reality, I’m sure the event will delight ‘cross fans from across the globe who want to see their favorite international racers compete here in the US.”

Perhaps no city is better equipped to host a World Cup event than Las Vegas, “the entertainment capitol of the world.” The spectacle of CrossVegas – taking place under the lights with multiple course features designed to challenge racers and provide maximum spectator entertainment – is uniquely suited for Las Vegas. During the same week the city hosts Interbike, the largest bicycle trade show outside of Europe. CrossVegas provides a showcase for athletes and sponsors in front of the crowd of 10,000, including many bicycle industry representatives.

UCI Cyclo-cross Commission President Mike Plant commented, “Adding CrossVegas to the UCI Cyclo-cross World Cup calendar of events is another example of the impact this exciting and dynamic sport has for athletes and spectators.  The United States continues to be a leader in expanding cyclo-cross event opportunities and we are thrilled to be adding this prestigious event to the UCI Cyclocross World Cup calendar.”

UCI Head of Off-Road Peter Van den Abeele, commented: After the 2013 UCI Cyclo-cross World Championships in Louisville, we look forward to another milestone for this exciting discipline thanks to the first ever World Cup round to be held in the United States. Las Vegas will provide a spectacular backdrop to the opening round of the 2015-2016 UCI Cyclo-cross World Cup, and this event will fit in perfectly with the famous Interbike show, underlining the close link between the sport and industry. With the second round of the 2015-2016 Cyclo-cross World Cup taking place in Montreal, our leading cyclo-cross series is definitely pushing back the discipline’s geographical barriers.”

The 2015-2016 UCI Cyclo-cross World Cup series will also include a new round in Montreal, Canada, a few days following CrossVegas. Organizers of both events have worked closely in developing their plans with special attention to travel and ground arrangements for racers and supporters. “Our goal will be to make the experience of traveling to North American World Cup events as simple as possible, especially for competitors,” described Watts. Complete information for spectators and competitors will be available in late spring.

Clif® Bar CrossVegas is organized by Watts Marketing Inc. of Longmont Colorado and has become a fixture on the U.S. cyclocross calendar. It is the largest cyclo-cross race outside of Europe attracting 10,000 spectators and racers from 13 nations to Desert Breeze Soccer Complex in Las Vegas on Wednesday September 16, 2015. Complete information including schedule, hotel information, sponsorship and admission will be available at www.crossvegas.com. Follow on Twitter @CrossVegas.

Cross After Dark Series to Include CrossVegas – World Champ Wellens...