AMERICAN FORK, Utah (January 4th, 2023) — From humble beginnings in a Utah garage in 1993, Lizard Skins has become one of the cycling industry leaders in bicycle grips and handlebar tape, and now offers products for six major sports. This January, the Utah brand looks forward to celebrating its 30th Anniversary. 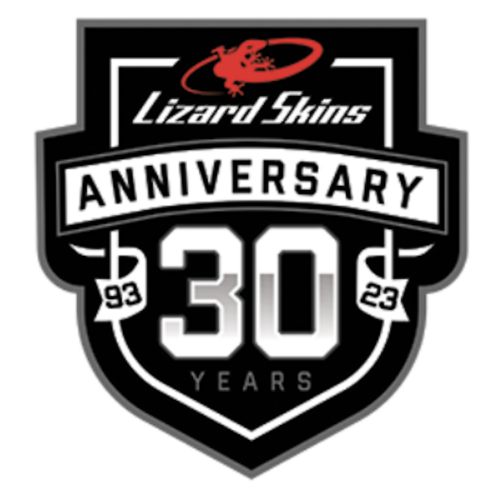 Over the 30 years, Lizard Skins has developed deep roots in the cycling industry, and cycling is still a major focus. In 2012 Lizard Skins branched out from cycling into other mainstream sports like baseball, lacrosse, hockey, and have entered the gaming world with grips for Xbox, PlayStation, and Nintendo Switch controllers. More recently, Lizard Skins has even launched a grip tape with a strategic pattern to enhance grip for pickleball.Their hockey grip tape is currently licensed as an official product of the National Hockey League, and their bat grip is officially licensed as an on-field product for Major League Baseball.

“I started the company in 1993 with one simple product, and I look at where we are now and I’m amazed,” said Brian Fruit, Lizard Skins Founder. “If you would have asked me back then if I had expected to still be going 30 years later, I would have been uncertain at best. But we’re still going strong, and I can tell you that I am still as passionate about the company now as I was when I started it.”

Lizard Skins’ products have always focused on simple yet innovative solutions for common issues. This has served them well with pro athletes who have played a huge part in the brand’s history. Their products have been used by some of the biggest teams and athletes at the highest levels. On the cycling side, this includes legendary trials rider Danny Macaskill, UCI MTB World Champion Myriam Nicole, Tour de France team Movistar, and many more. In baseball and hockey, players like Hall of Famer David Ortiz of the Boston Red Sox and Stanley Cup Champion Gabriel Landeskog of the Colorado Avalanche have endorsed Lizard Skins products.

“It is amazing to see that our technology in our DSP handlebar tape and expertise in grips has allowed us to get into these other sports,” said Brad Barker, Lizard Skins General Manager. “Our tape was really a game changer when we introduced it, and we never thought we would be working with legendary baseball players like Mike Trout and Mookie Betts.”

In 2017 Lizard Skins purchased the well-known Colorado brand Oury. The acquisition of Oury opened up new customers in the Powersports world as well as kept a very highly regarded brand from disappearing. Then, in 2021, Compass Diversified backed Marucci Sports purchased Lizard Skins and continues to work with them closely at their Utah office to build on the broad reach of products that Lizard Skins offers.

IRONMAN Foundation To Support Initiatives in St. George, But None Bicycle-Related

IRONMAN Foundation To Support Initiatives in St. George, But None Bicycle-Related

Interbike Cancelled for 2019; Future in Limbo

Shimano Recalls to Repair PRO VIBE Bicycle Handlebars Due to a...