On August 21, 2021 The Salt Lake Country Bicycle Advisory Committee will host the First Annual Filmed by Bike Salt Lake City in Sugarhouse Park. In combination to the screening of feature films, Filmed by Bike SLC is hosting a silent auction with all proceeds to benefit The SLC Bicycle Collective, a non-profit organization that promotes cycling as an effective and sustainable form of transportation. 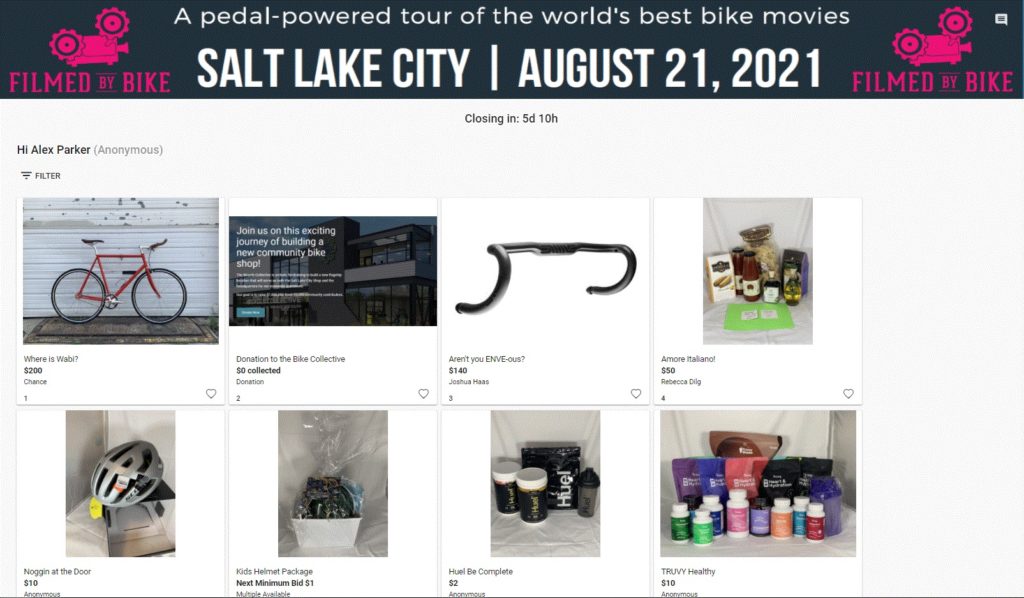 Here is a small number of items from the auction:

The auction will close at the end of the festival so, be generous and bid often.