By Tyler Wren — For the most part, competitive cycling in the United States is an activity and profession for the privileged. Many of my peers in the domestic peloton have college degrees and are pursuing their sporting passion before settling down and getting a ‘real’ job. In other parts of the world, cycling often plays a much more prominent and essential part of people’s lives. I’ve been fortunate to be a part of a truly international roster at Jamis/Sutter Home Pro Cycling Team and have heard firsthand some of the remarkable feats athletes go through to be a part of our beautiful sport. I wanted to share one of my teammates’ stories this month in my journal to give you an insight into cycling from a different perspective. 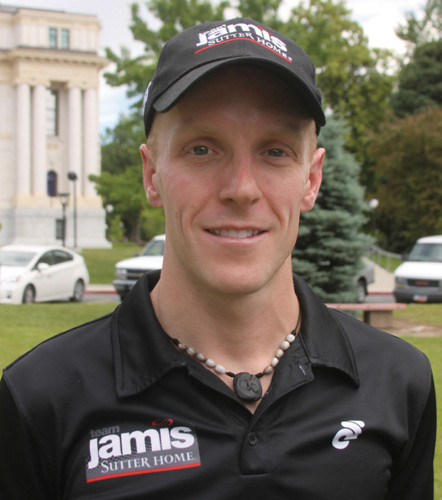 I’ve been teammates with three Cubans during my career, and they each have extraordinary stories of how they ended up racing here in the States. Luis Amaran of Jamis/Sutter Home won the National Racing Calendar in 2010 and is consistently one of the strongest riders in the domestic peloton, but he had to make some very difficult and dangerous decisions to defect from Cuba and pursue his cycling career. Luis has recounted to me a few times his harrowing escape from Cuba and their national cycling team during a racing trip to Spain. Realizing his immense talent on the bike and where it could take him outside of Cuba, he made a decision during that trip to leave his family and country behind and defect in search of a better life.

The Cuban National Team Coach would hold his riders’ passports during trips outside of the country, to help thwart any attempts to defect. Luis successfully broke into the coach’s hotel room and located and took possession of his own passport. He then left his belongings and team behind and hired a taxi to drive him 300 miles south where he knew a team director who had agreed to house and hire him. Luis did all this with the knowledge that he would be forever considered a traitor in his home country of Cuba and likely never see much of his family ever again.

It is safe to say that Luis has a lot more riding on his cycling career than someone like me. If I falter in search of my goals on the bike, I can move on and be happy having traveled the world and spent a few years as a professional athlete. If Luis fails, it means his massive gamble has not paid off, and that he left behind all that was dear to him for nothing. Fortunately, he’s experiencing success and he is happy with the move he made. Luis has not seen any of his family since his escape, but he has made a new life and started a new family for himself here in the States, marrying a Mexican woman and fathering a baby boy with her.

Being teammates with Luis and learning the path he took has inspired me to be a better cyclist myself, and I hope sharing his story here has given you some perspective on what cycling means to some of its participants. Keep riding! -Tyler

Tyler Wren is a professional cyclist for the Jamis/Sutter Home Professional Men’s Cycling Team living in downtown Salt Lake City. He also coaches athletes and is available for cyclocross and road cycling clinics. To find out more information, contact Tyler at [email protected] or 610-574-1334.

Use a Gear Chart to Customize Your Gears and Shifting Pattern