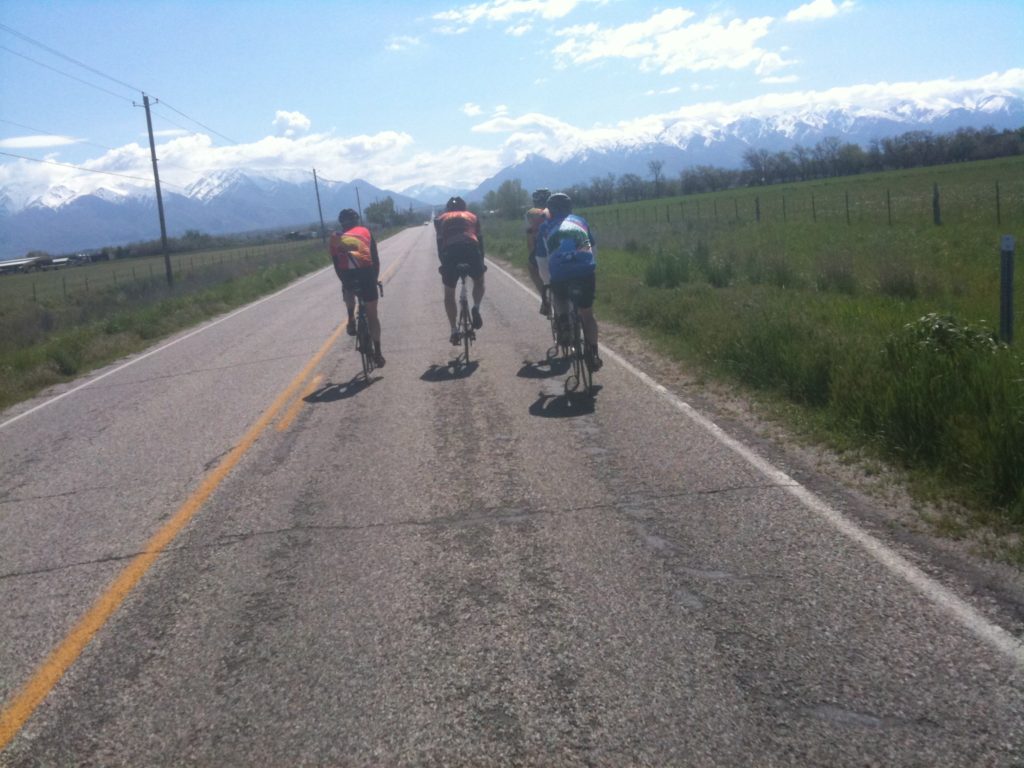 Who Owns the Roads Anyway?

If you ride a little or ride a lot or have just been walking and ‘in the way’ of an impatient driver, I bet at some point in a ride, someone has yelled at you from a car or truck window to “Get off the road!” The really clever ones add “I pay taxes for it and you don't!”

Ever thought about this suggestion? That we, as cyclists, are getting a free ride because we don't pay gas taxes for the miles we do on two wheels under our own power? Well, forget this idea because it is as wrong as wearing your bike shorts backwards and about as helpful as a stick between the spokes.

There are two reasons why cyclists have every right to be on the road. The first comes from the economic facts. As cyclists we don't pay less in taxes than a motorist to use the road, we pay more. The details are available in some reports from Todd Litman of the Victoria Transport Policy Institute that are available via the website www.vtpi.org. But the summary goes something like this.

Most cycling happens on local roads (versus state and federal highways) and there were $26 billion dollars (1995 dollars) spent on local roads in the U.S. in 1994, only $2 billion of which came from motor vehicle user charges. The rest of local road funding comes from general funds and special assessments, taxes we pay whether we drive an automobile or ride a bicycle. But it gets better.

If we add in the cost of tax funded parking subsidies, and the cost of acquiring roadway land, we get a number more like 12 cents per mile in true costs of having roads, so the subsidy now climbs to 13-14 cents per mile. And things get really out of hand when we begin to include some of the more indirect impacts of driving, such as lost productivity due to time spent in traffic congestion, off-street parking facilities, uncompensated accident damages and environmental impacts. The estimates for these components add a further 10-40 cents per mile to the real cost of having our road system. This still doesn’t include the health costs of vehicular air pollution, which are estimated to be as high as 21 cents per mile nor the indirect health costs of inactivity. Neither does it include the societal and economic costs of obtaining and defending oil supplies or the long-term, yet to be determined effects of driving on global warming.

For the cyclist, who creates much less impact, typically rides many fewer miles, and yet still pays just as much in income, sales, property, etc. taxes as the typical driver, the deal is not nearly as good. One comparison in Litman's report shows that while an average household’s general taxes are several hundred dollars per year, the typical bike commuter can actually end up over-paying $252 per year for the privilege while his neighbor the motorist enjoys a subsidy of $176 for the year.

So in reality, on average, it is the cyclist subsidizing the motorist instead of the reverse. But don't let this moral superiority go to your head and start yelling for drivers to get off the road, for there are better reasons for us all to share the road.

There is at least one good reason why the argument that motorists own the roads is ridiculous. I learned this one from Bob Bayn, a leading bike advocate and Effective Cycling instructor in Logan, Utah.

If use of public facilities actually depended on how much each of us paid in taxes, then rich folks would have even more rights to the road than the rest of us, whether they drove, rode or walked down the middle of the street. All of us with lower salaries would have to move to the side and let the rich folks pass. I bet the drivers trying to evict us from the public right-of-way would be real happy to learn that someone else was yelling the same thing at some of them!

The laws of every state and municipality support our right, the right of everyone, to use public spaces, including the roads. The privilege of access depends on our willingness and ability to obey the rules of that public space, not on our income or how much we contribute to the national debt.

(Dave Iltis contributed to this story)