Late Saturday evening, California Governor Gavin Newsom vetoed the Complete Streets for Active Living Bill (SB 127) championed by State Senator Scott Wiener, and which had the support of 70 communities and other organizations, including the City of Los Angeles, City of Oakland, City of Sacramento, the City & County of San Francisco, the American Lung Association, the Rails-to-Trails Conservancy, the Sierra Club, and the Trust for Public Land, amongst many others.

The bill would have required the California Department of Transportation (Caltrans) to consider bicycle and pedestrian safety improvements when it repairs or repaves state routes that serve as local streets. This bill aimed to ensure state roads that run through local communities (e.g. 19th Avenue in San Francisco, Santa Monica Boulevard in Los Angeles, San Pablo Avenue in the East Bay, Santa Rosa Street in San Luis Obispo) are safe for people to walk, bike and use wheelchairs along those routes.

The Complete Streets for Active Living Bill had strong and widespread support. A recent poll found that 78% of California voters support a policy requiring safety improvements when improving a road. They want children to be able to safely walk or bike to school. Hundreds of schools exist within a half-mile of a California State Route and these streets remain some of the deadliest in the state.

Linda Khamoushian, California Bicycle Coalition:
Gov. Newsom’s decision blatantly ignores the immense support for this critical policy change. People risk their lives every day just to walk or bike along dangerous state-owned streets. Without more aggressive complete streets policies, our transportation system will continue to operate business as usual. SB 127 was a rare opportunity to create livable streets for everyone. This decision was ill-informed by the faulty cost estimates from Caltrans that were proven illogical based on actual practice, and unfortunately will only perpetuate distrust without resolution. Communities demanded better from the Governor, but now are left in the dust.

Tony Dang, California Walks, Executive Director:
We are appalled by Governor Newsom’s decision to derail SB 127 despite overwhelming support by the public and the Legislature. Families and children deserve to be able to walk, bike, and cross their community’s local and main streets without fear–the veto of SB127 lets Caltrans off the hook and leaves the safety of our vulnerable residents to chance.

Margo Pedroso, Safe Routes Partnership, Deputy Director:
The Safe Routes Partnership is so disappointed that Governor Newsom vetoed the Complete Streets for Active Living Bill into law. As SB 127 made its way through the legislative process, it became clear that legislators understood this bill would create safe routes for everyone when Caltrans repaired state highways in populated areas. This legislation was a common-sense and cost-effective way to get more kids and families walking and biking to school safely when those schools are located next to state highways.

In California from 2007-2013, nearly 1.7 million people were injured in traffic incidents, including 95,758 while walking along or across the street. In those crashes, 22,117 people were killed, with pedestrians accounting for one-fifth of the total persons killed. The problem is often concentrated around Caltrans roads that go through low-income neighborhoods where more people get around via transit, biking and walking.

Caltrans often claims to make streets safer when they repair them. But in practice, they prioritize fast traffic over the communities demanding more livable streets almost every single time. The Complete Streets for Active Living Bill would have brought safety improvements necessary to stop the killing and maiming on state-owned roads.

In his Veto Letter (see below), Governor Newsom indicates that he is committed to improving facilities for pedestrians and cyclists, but that this bill “creates a prescriptive and costly approach to achieve these objectives.” His letter goes on to assert that under his Executive Order N-19-19, signed on September 20, 2019 (see further below), that Caltrans is already “increasing investments in active transportation where appropriate and feasible” and that new Caltrans leadership “will be key in implementing this vision and approach.”

Caltrans has an annual budget of over $5 billion dollars, and has been tasked with reducing traffic congestion by funding and encouraging people to use alternate forms of transportation, such as public transit, cycling, walking, and other active modes. Caltrans set an internal goal in 2015 (prior to Governor Newsom's 2018 election) of tripling the number of bicycle use from 1.5% of total transportation trips in 2014 to 4.5% of total trips throughout the state by the end of 2020. It is unknown at this time how successful Caltrans has been at achieving this goal.

The bill did pass both the California State Senate and Assembly with seemingly veto-proof 70% and 73% votes in favor of the bill. Overriding a veto requires a 2/3 (66.7%) majority vote in both houses of the Legislature, however no bill that has been vetoed by the Governor has been successfully overridden since 1979. The vast majority of vetoed bills in California never come up for a revote to override the veto.

While Cycling West applauds Governor Newsom's commitment to safer streets as a matter of policy rather than law, it remains to be seen how policy will be implemented and if it will go far enough. 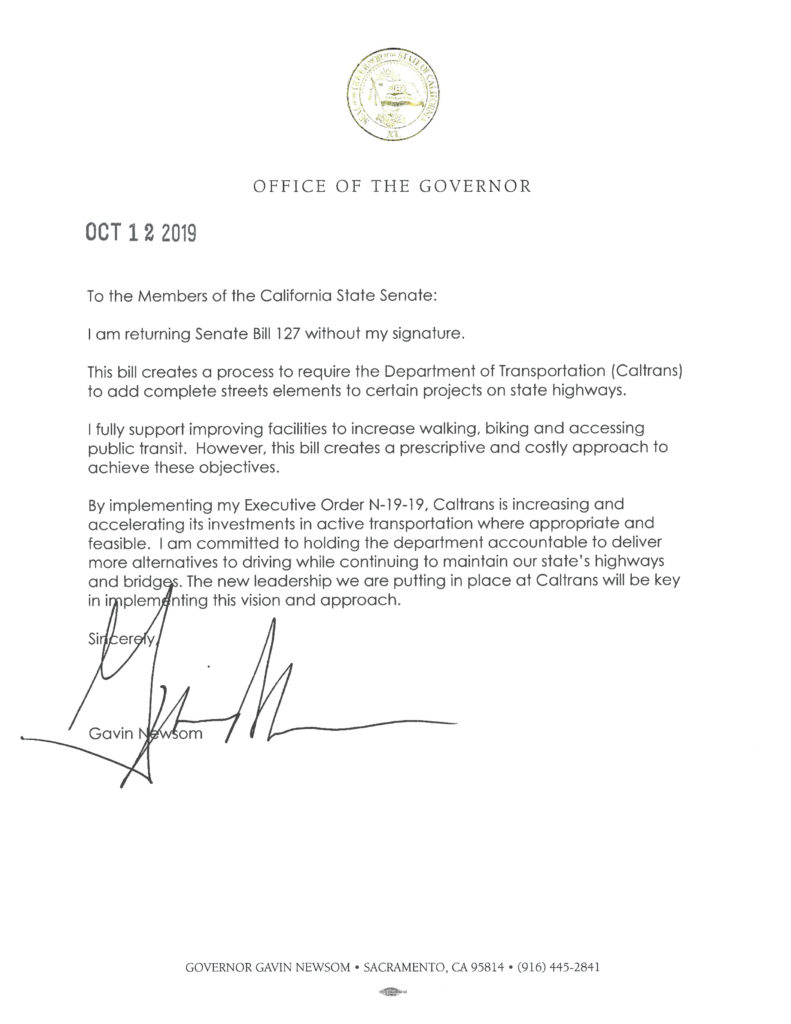 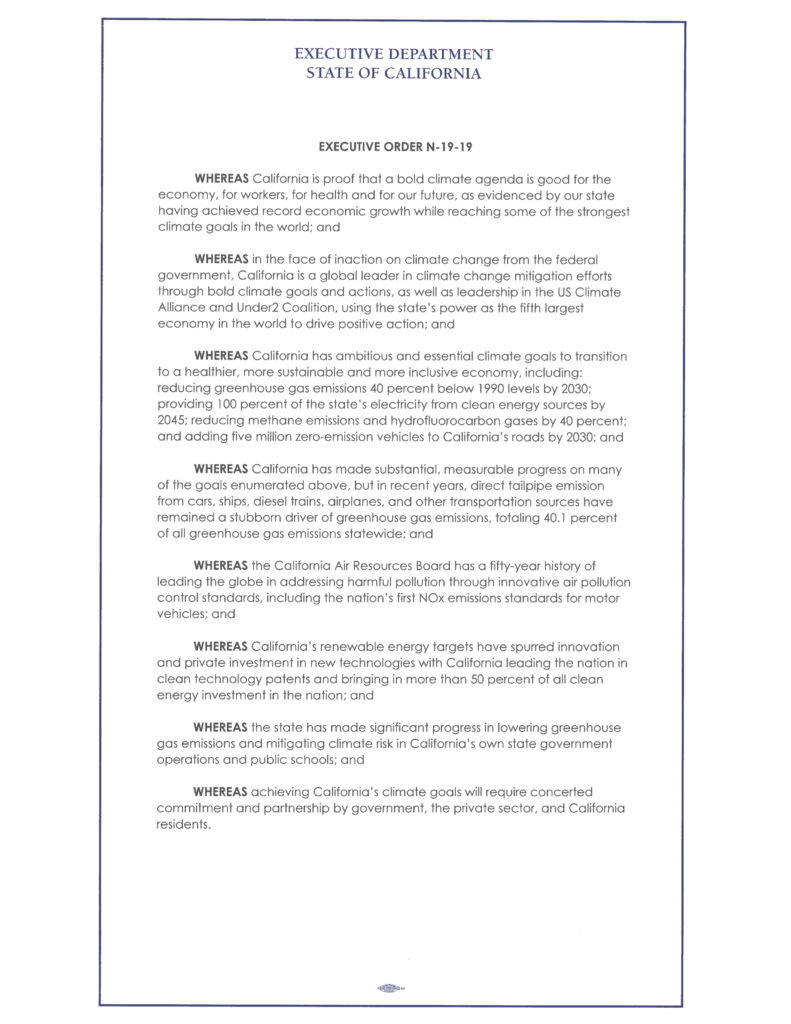 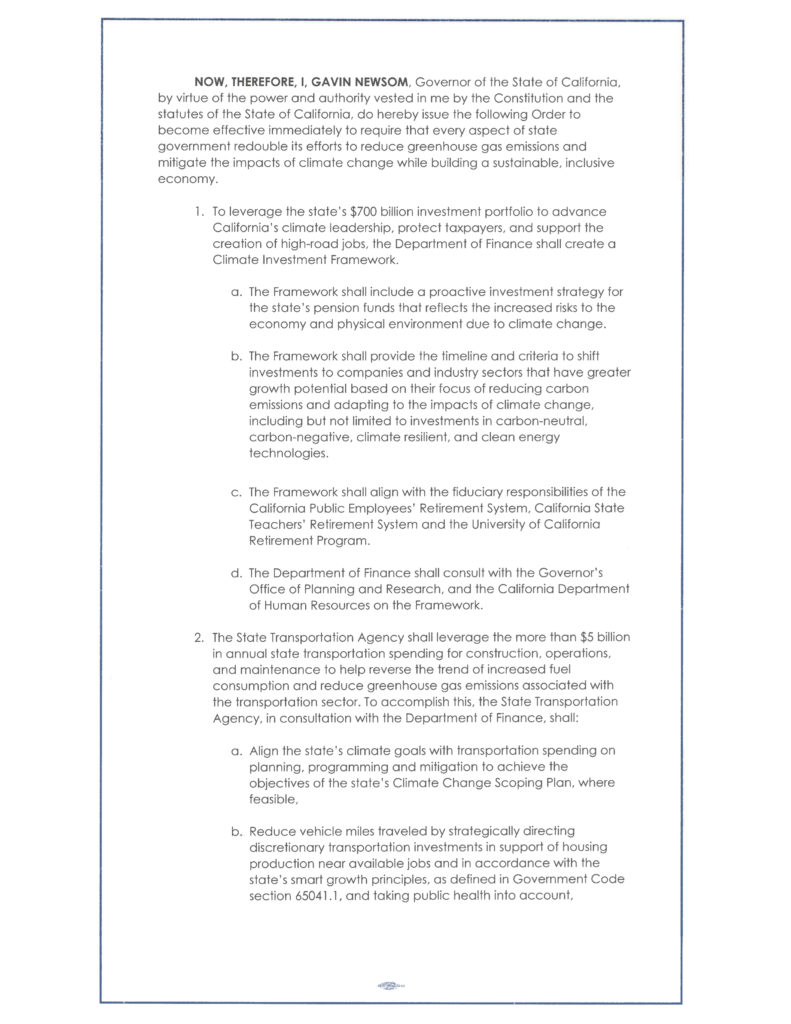 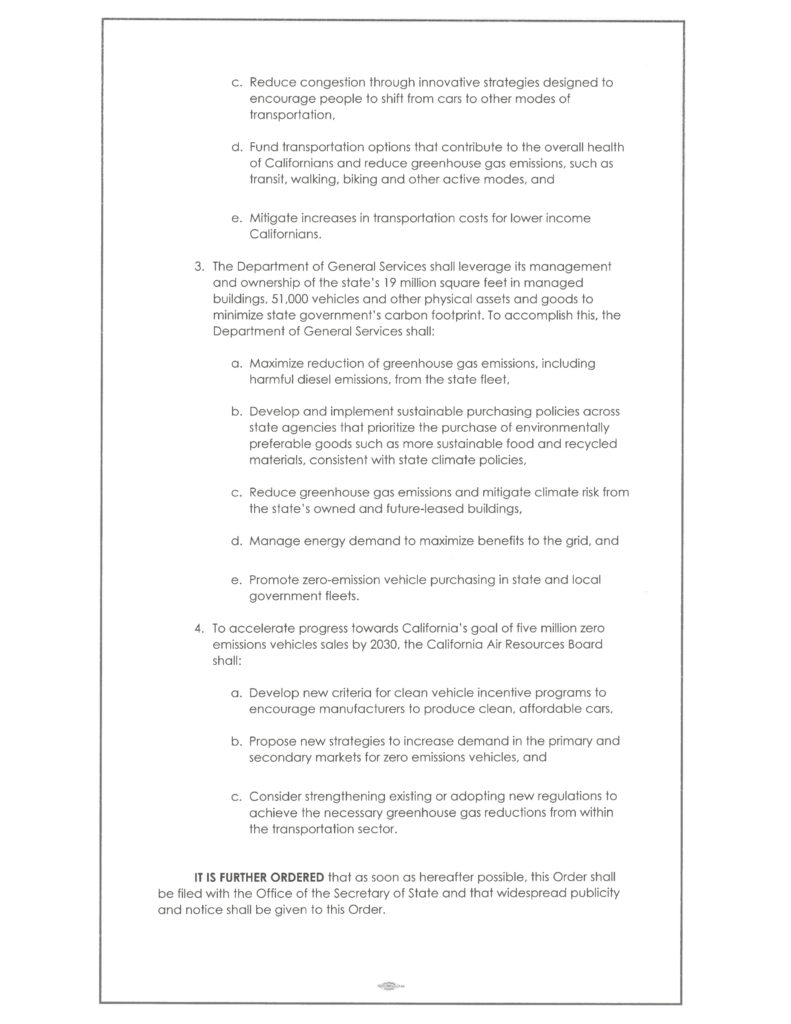 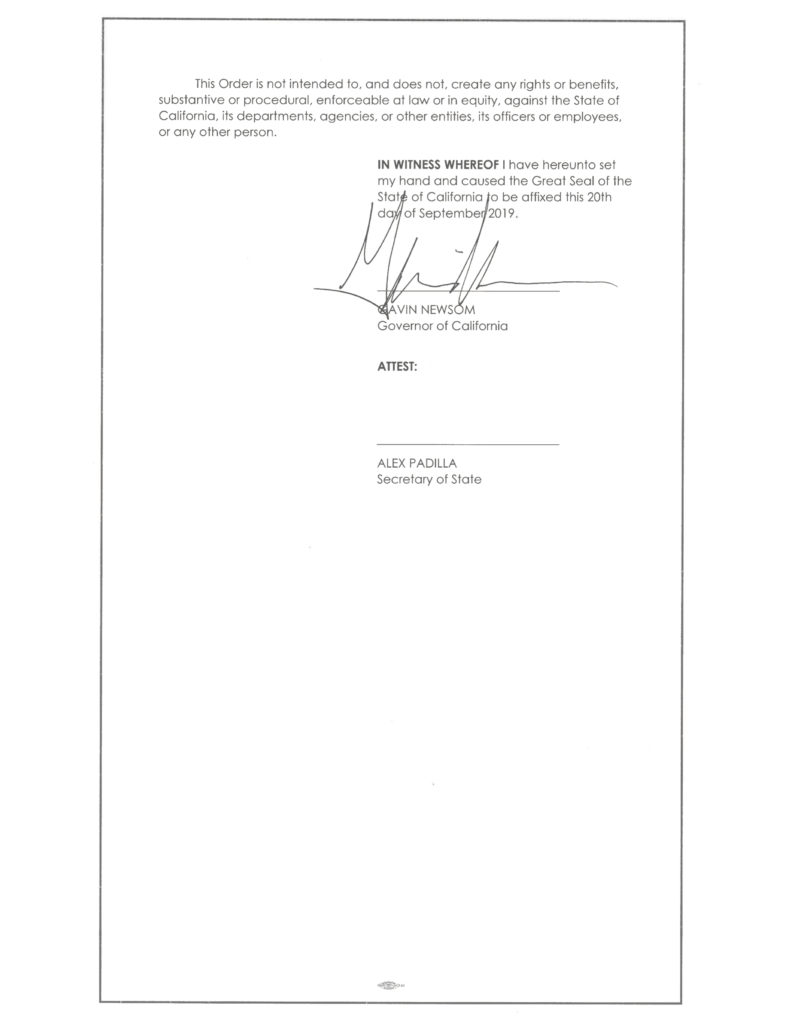 Journey To The End Of The World