Five teams to do Stair Climb, others to wear custom designed cleats in support of the initiative during “My Cause, My Cleats” weekend; Goal to Raise excess of $100,000 for The Coach Knapp Memorial Fund To Educate Drivers On the Dangers of Distracted Driving

NEW YORK, New York (November 29, 2022) — Eight NFL teams today announced that select coaches, athletes and staff will participate in different ways to support the first-ever Coach Knapp fundraiser this December, which will benefit The Coach Knapp Memorial Fund. The fund exists to educate drivers on the dangers of distracted driving, reduce the number of distracted driving related deaths, and promote distracted driving awareness reform. The fund was created by his wife Charlotte and close friend and agent Jeff Sperbeck, to honor the legacy of Greg Knapp who tragically passed away in July 2021 after being hit by a distracted driver while he was bicycling. Coach Knapp was known for climbing the stadium stairs before every single NFL game he coached over his 25 season career. All will be tagged #knappstairclimb on social platforms. 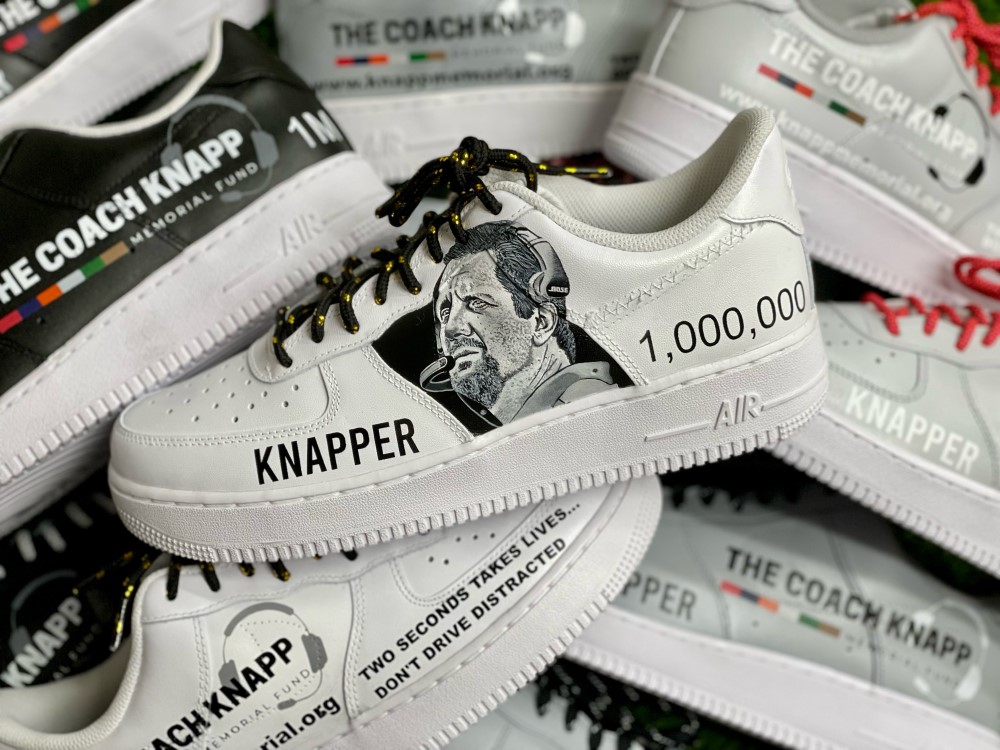 “We can think of no better way to honor Greg’s legacy and raise awareness for such a simple, but vital cause than by doing one of the activities he loved the most, climbing the stairs on gameday,” said Steve Mariucci, former NFL head coach and one of Knapp’s key mentors, who is now at analyst on The NFL Network. “To see the amount of support this has gotten is really touching, and most importantly, we firmly believe it will save lives well into the future.”

“Knapper was one of the very best teammates I’ve ever been around. His Energy, optimism and high standards as a coach made such an impact on anyone who was fortunate to be around him,” added Dallas Cowboys Defensive Coordinator, Dan Quinn, another of Greg Knapp’s loyal fellow coaches, “Please join me in making sure his legacy as a great teammate and friend lives on.”

At the time of his passing, Knapp was recently named Passing Game Coordinator of the New York Jets under head coach Robert Saleh, after serving as an assistant coach for over a quarter of a century with the Atlanta Falcons, Denver Broncos, Oakland (now Las Vegas) Raiders, Houston Texans, Seattle Seahawks and San Francisco 49ers. Known as a “quarterback whisperer,” Greg coached some of the greatest quarterbacks in NFL history helping chart the careers of many young athletes with kindness, humor and trust.

Fans, athletes, and coaches at any level can also participate wherever is most convenient to them across the country, such as apartment building stairs or a high school sports stadium. Images will be shared on various social channels.

Registration is $100 per climber, with proceeds going to The Coach Knapp Memorial Fund. Details can be found at https://www.knappmemorial.org/stairclimb

Additional participants at other teams will be announced in the coming weeks.

Join Cycling Utah at the Bike to the Bees night on...

The Mean Streets Of Springtime

Give to local Bicycle Charities – Love Utah, Give Utah Day...