If you're not already thinking about what bicycle projects you'd like to see funded in your community next year, get busy. The next round of applications for federal funding likely will come in October. But while Utah figures out how to distribute its federal share, the bicycle community in the state is not taking advantage of unique ways other states are coming up with to raise their own money independent of the whims of federal law.

Reports from Rails-to-Trails and Advocacy Advance 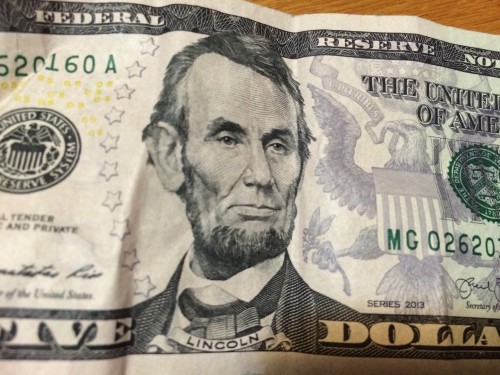 Most states, Utah included, have delayed funding bicycle-related projects because of the problems of adapting to changes in the federal surface transportation law. The changes took effect officially in 2013 and already are up for possible changes as the law only was supposed to last two years.

The delays have been documented in numbers (but not in anecdotes) in the latest annual report on the largest source of federal aid for bicycle projects, the Transportation Enhancements & Alternatives Spending Report from the Rails-to-Trails Conservancy (RTC).

Meanwhile, Advocacy Advance (AA) reported on how states are compensating for declining federal funds with a variety of funding measures used to build and maintain bike facilities and pay for safety education.

RTC has produced a study of how states have used federal trails funding every year since the Intermodal Surface Transportation Efficiency Act of 1991 was passed. But this effort represents RTC's first report since the latest reauthorization took place, the Moving Ahead for Progress in the 21st Century Act, or MAP-21. The new law replaced the Transportation Enhancements with a Transportation Alternatives Program (TAP), which combined programs for bicycling and walking with other programs and cut funding by 26.37 percent, by RTC's count. It's up to states how to apportion their share amongst the various activities, including bike/ped projects, handling stormwater runoff, historic preservation, etc. (Full disclosure: I am an RTC member.)

The study looked at how states spent their Fiscal Year 2013 money. They were slower than usual in doing so because it took the Federal Highway Administration a long time to figure out the new law and give guidance. In fact, 29 states hadn't yet decided what to do with any of the FY 13 money, figuring they'd exhaust money left over under the previous rules first while they figured out how to abide by the new law.

Idaho reported no new TAP projects in 2013. Utah obligated just 26 percent of its FY 13 money, above the national average of 11 percent (including the 29 states that obligated zero). Utah still retains money available for bike projects. It's balance of uncommitted funds from FY 13 totals $3,190,358, plus $6,077,909 from the old program waiting to be spent.

Actually, as of the end of July, nothing was clear as Congress had not yet passed a temporary extension of MAP-21, which technically expires Sept. 30. Still UDOT assumes it can give away about $6.5 million next year, explains Chris Potter, UDOT local government program engineer. UDOT anticipates starting the application process early in October and running it through some time in January for communities that want to start, expand or improve bicycle and pedestrian projects among other approved TAP uses. UDOT anticipates distributing the money in accordance with current MAP-21 law. This means that right off the top, $1.5 million goes to the Recreational Trails Program (required under the law because that share of the money comes from Utah's share of the federal off-road recreational vehicle fuel tax).

One of the complications inhibiting states involves the new MAP-21 formula, which requires them to distribute half the TAP money proportionally to communities based on their size, using Census Bureau data. States must give a share to communities with populations of 5,000 or less, another share those with 5,001 to 200,000, and another share to larger cities (of which, Utah has none). In the larger areas, metropolitan planning organizations (MPOs) get to choose projects, a role they have been struggling with.

UDOT anticipates earmarking about $1 million for Safe Routes to School (SRS), but it hasn't figured out what to do with it. The agency's website says “due to recent changes with how the federal SRS program is administered, UDOT is currently reviewing the program and its processes, and therefore is not ready to accept any applications at this time.”

To follow the law, UDOT plans to distribute half the remaining $4 million itself, $500,000 in each of the state's four regions. “We are encouraging (applicants) to come to the table with some match to make the money go as far as possible,” Potter explains. “If a proposal comes in and they are not offering to match it dollar for dollar or fifty cents per dollar, it is not going to be as strong a proposal.”

The other $2 million or so will go directly to local governments to decide how to distribute. While the larger MPOs are well aware of the funding process, the smaller communities have to take on a new burden. “We never know what is best for these communities but we try to work with local advocates to get them aware of the options,” says Phil Sarnoff, executive director of Bike Utah. “Salt Lake City is highly aware of the options. But a lot of the other communities aren't quite aware and we are trying to get the word out. We'll try to help them find a match too.”

The Mountainland Association of Governments; MPO for Summit, Utah and Wasatch counties; uses its own highly developed plan and just integrates TAP money into it. Every other year, it distributes about $15 million and the TAP share of about $360,000 is a relatively small part of the pie. “We usually get more bicycle and pedestrian project requests than we can fund,” acknowledges Jim Price, the MPO's bicycle/pedestrian coordinator/planner.

RTC's data show that since the program's beginning in 1991, Utah has funded 223 enhancement/alternative projects. The state and its grantees put up 23 percent for a match, below the national average of 28 percent.

“Most states report that they cannot fund all qualified projects, and many sponsors are providing larg­er than the required non-federal share of project costs (20 percent),” RTC's report states. Based on available data, bike/ped projects got the majority of TAP funding in its first year: 58.4% (including rail-trail projects). The rest went for other eligible activities: everything from landscaping to stormwater drainage systems to historic preservation and wildlife management. You can download the report from http://trade.railstotrails.org/publications.

In Utah, the shares are largely determined by what the communities seek. “We don't tell (municipalities) what types of projects to apply for,” Potter says.

Figures reported by AA and the Safe Routes to School (SRS) National Partnership in April show that Utah had transferred 40 percent of its TAP money to other surface transportation programs this year. A clause in MAP-21 allows states to move up to half of the TAP money (the portion not sent by formula to communities based on size) into another surface transportation program.

Utah is not alone in moving TAP money somewhere else: 17 states had done so in 2013 or 2014. But the figures can be misleading in that they don't necessarily mean states are moving bicycle and pedestrian money into projects for automobiles. Utah's transfer went directly to SRS. Other states moved the money to the Congestion Mitigation & Air Quality (CMAQ) Program, which allows projects to promote bicycling as a means to reduce auto traffic.

“Unfortunately, in the report, we can't say they are still using the money for good stuff that we care about. It still counts as a transfer,” explains Katie Harris, principal author of the RTC report. “We have to be objective. The report is only 31 pages so we can't explain where all these funds are going to because then we'd have a 100-page document that no one would read. We can't decide what's a good transfer and what's a bad transfer.”

But Utah joined only 13 other states in keeping SRS as a separate program. Most other states had combined it with TAP or hadn't yet figured out what to do. While 41 states, including Utah, retained an SRS coordinator, Utah's (and some other states') didn't work at SRS full time. Utah was one of only nine states that required a match for SRS grants. (Note: Three states did not provide data for RTC's latest report.)

Utah's matching requirement is rather low: only 6.77 percent, the minimum required by the federal law while some states required grantees to put up as much as 20 percent, either in cash or in-kind. Potter says Utah is keeping the minimum low to give a break to small communities with small budgets. “The way the economy is right now, local governments don't have a lot of money,” he explains. “It is much easier for bigger communities to come up with the money than the smaller ones where the needs are. See the figures at http://www.advocacyadvance.org/docs/State_TA_April2014.pdf.

But states don't have to rely on the federal government, says Advocacy Advance's report. Many are finding unique ways to dedicate specific funding for bicycling. A new report from AA, State Revenue Sources that Fund Bicycling & Walking Projects, describes innovative and different ways states are supporting biking. None are found in Utah or Idaho.

AA, a partnership between the Alliance for Biking & Walking and the League of American Bicyclists, noted that only Hawaii earmarks fees from bicycle registration and only Wisconsin collects a bicycle user fee that it uses to support bicycling. You can download the report at http://www.advocacyadvance.org/docs/StateRevenueSources_June2014.pdf.

Hawaii mandates a $15 fee on the purchase of a new bicycle and $5 when ownership is transferred. Wisconsin collects a $20 annual or $4 day pass to ride on certain trails. But AA doesn't like to make cyclists pay. It says these methods are “not recommended.”

Many states have taken different tracks to get drivers to pay some of the costs of bicycling. Nevada and New Jersey designate a portion of drivers license fees toward bicycling. In Nevada, it's voluntary: drivers can donate $2 to the Complete Streets fund when they obtain and renew their license. The money stays in the local community where the driver lives. The trouble is the state had a hard time implementing the provision because it couldn't fit an optional fee into its computer system.

Eight states earmark some of the tolls collected at toll booths for bike/ped. New Jersey allocates some of the money collected from traffic violation fines.

The Florida Department of Environmental Protection developed a unique program, evidently having taken the score from the stadium craze. It sells naming rights to highways and concession areas. Money goes to support trails and bicycle safety education, including SRS.