In 2013, the League of American Bicyclists (League) and the Sierra Club published “The New Majority: Pedaling Towards Equity,” a report highlighting the changing demographics within the bicycling movement. Today, the League is releasing a new report, “Reconnecting to the New Majority,” to update our understanding of demographic trends in bicycling, identify areas of focus to ensure that all people — particularly Black people, Indigenous people, and people of color (BIPOC) — have access to safe bicycling, and further progress actions that promote equity in bicycling. 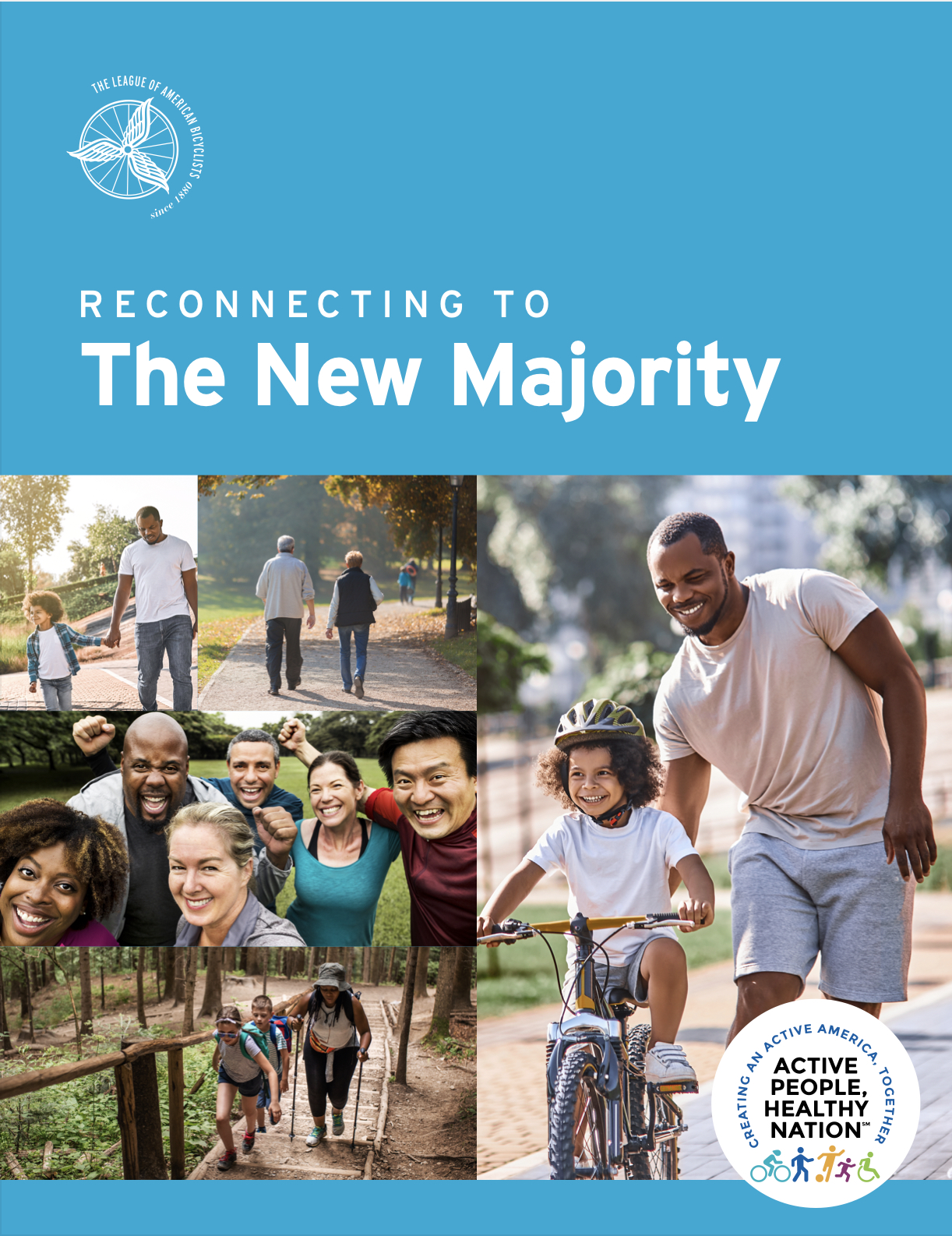 People of all races, incomes, and ages want safer bicycling — that comes across clearly in the League’s research and data analysis conducted for the report. New and continued investments are critical to making bicycling safe, comfortable, and accessible to all, particularly in BIPOC communities where underinvestment has inhibited the development of a transportation system that serves all people. As identified in the report, investments that would address inequities start with a Safe System approach to the built environment, improved bike parking, increasing opportunities for people to bike with others and to receive hands-on bicycling education, and reducing interactions between bicyclists and the police.