Salt Lake City has been the leader in transportation in Utah with progressive bicycle and pedestrian programs such as the Pedestrian and Bicycle Master Plan of 2015 and the Complete Streets Ordinance of 2011, the Transportation Demand Management ordinance, and with previous mayors driving home the creation of the TRAX light rail (Deedee Corradini administration) and the S-Line Streetcar.

It's time for the capitol city to once again lead the State of Utah forward.

Larsen, a transportation planner for Wasatch Front Regional Council, is also chair of the Utah Chapter of the Congress for the New Urbanism, appears to be a great choice for the position. According to their website, “The Congress for the New Urbanism (CNU) helps create vibrant and walkable cities, towns, and neighborhoods where people have diverse choices for how they live, work, shop, and get around. People want to live in well-designed places that are unique and authentic. CNU's mission is to help build those places.” If Larsen leads with those principles in mind, then Salt Lake City could be in good shape moving forward. 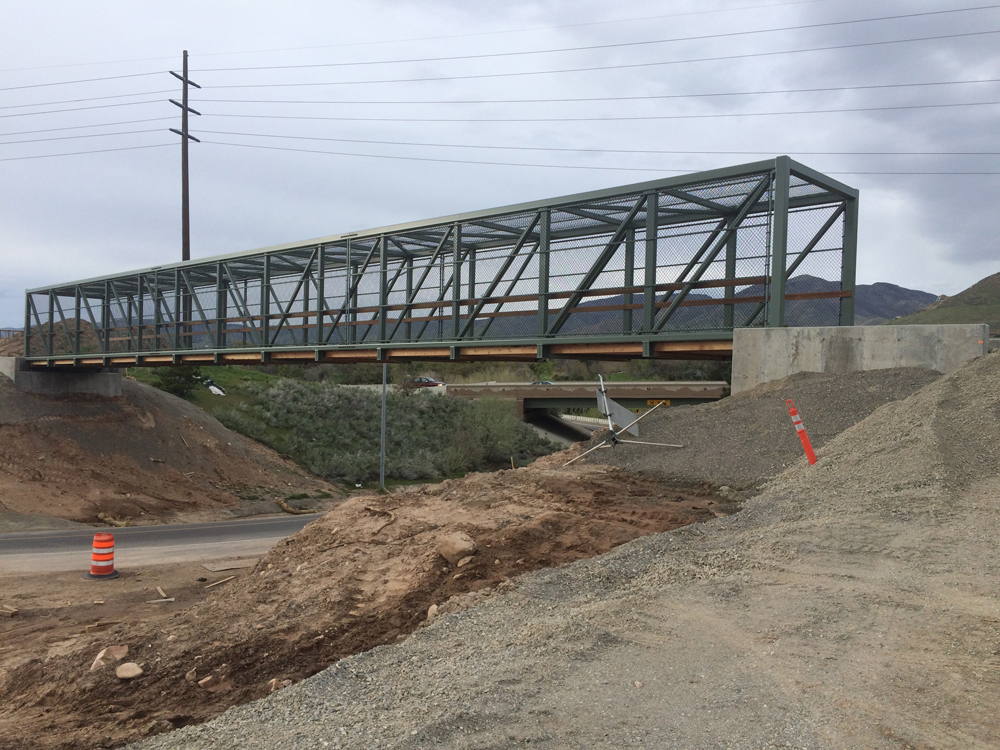 To get there, however, Larsen will have to push the ideals of progressive transportation to the Biskupski administration. Over the last year and a half of the Biskupski tenure, there has been forward progress by the Transportation Division on bicycling in particular. The completion of the University to Downtown Bikeway, funding for the 300 N bike and pedestrian bridge, and the near completion of the 200 S to N. Temple bridge on the Jordan River Trail stand out. But there have been some regressive decisions from the Mayor's Office. The Mayor pushed to remove the protected bike lane on 300 S. between 300 W and 600 E. as one of the first items on her agenda (which fortunately remained in place). Following this was a decision to not have protected or at least buffered bike lanes on 300 S. east of 600 E. during the University of Utah bikeway construction. And, later on, the Mayor overruled various master and small area plans and refused to install a road diet and bike lanes on 2100 S. between 1700 E and 2300 E.

Biskupski has also stated that she doesn't want to see any more protected bike lanes in Salt Lake. (http://fox13now.com/2017/05/23/slc-mayor-wants-to-add-more-bike-lanes/) Protected bike lanes, however, are a key to getting more people to ride, especially those that feel more vulnerable on the road. And, they are safer. Both of which are key tenets for better biking and better transportation in Salt Lake City.

Biskupski also stated that she doesn't want to see more rails in Salt Lake City until a Transit Master Plan is adopted (http://archive.sltrib.com/article.php?id=2815022&itype=CMSID). The plan is, as writing this, in the public hearing phase with the City Council, and will likely be adopted soon. It will remain to be seen whether or not the Mayor supports new rail, such as the extension of the Sugarhouse streetcar, or the extension of TRAX to the International Center or along the Foothill – Wasatch Blvd corridor.

These sorts of decisions by Mayor Biskupski put forth a mixed message on the direction that Salt Lake City is headed and are antithetical to a progressive transportation policy. Salt Lake City cannot afford to continue on the car-centric path it is on. With the projected growth in the Salt Lake Valley, there simply won't be room on the roads for more cars.

Cycling Utah is calling for a complete reevaluation and reconfiguration of our transportation system to one that is people-first, sustainable, safe, and progressive.

What could a People-first Transportation policy look like? We present some ideas below that we hope to see implemented in Salt Lake City. The plan presented below is a starting point, and is by no means complete, but is hopefully a catalyst for discussion and change.

The plan presented above is meant to be a starting point for conversation and direction. It is by no means comprehensive, and we have no doubt that there are many other ideas and policies that would have great benefit to the residents of Salt Lake City.

Ultimately, for Salt Lake City to create a 21st century sustainable, safe, and progressive city, a complete rethinking of what transportation means and how it is implemented is needed. We look forward to seeing what develops and if the current Salt Lake City government is up to the task.

Let us know what you think.

FAST Act Transportation Bill Passes Congress – What it Means for...