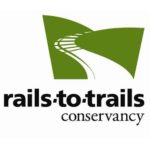 WASHINGTON, Oct. 15, 2019 /PRNewswire/ — Rails-to-Trails Conservancy (RTC) has released findings from “Active Transportation Transforms America,” the nation’s most comprehensive analysis of the quantifiable impact of trails, walking and biking on the places we live.

“The findings of Active Transportation Transforms America are motivating,” said Kevin Mills, RTC’s vice president of policy. “RTC first analyzed the potential economic benefits of trails, walking and biking more than 10 years ago, and while those numbers were promising, we didn’t have the data or the methodology to truly understand the economics of trails at a national scale. Now we can prove what we’ve always known. Connecting trails and walking and biking infrastructure can change our communities—urban, suburban and rural—for the better. And as the connectivity of trail networks improves, so does the health of people and places.”

RTC released its findings during a webinar on October 15, 2019, where Mills was joined by Leslie Richards, secretary of the Pennsylvania Department of Transportation; Martha Williams, director of Montana Fish, Wildlife and Parks; and Jim Kolb, partner at Summit Strategies. The panel addressed issues of transportation reform, provided examples of effective state and local implementation, and explored key report findings that outline the transformative power of connected trail and active transportation networks.

During the webinar, RTC demonstrated the discrepancies between demand for active transportation infrastructure and investments made. The majority of trips taken in this country are within a 20-minute bike ride or less, more than one in four trips are within a 20-minute walk or less, and 11.5% of all trips are made by walking and biking. Yet, current federal transportation policy only invests less than 2% of funds in bicycle and pedestrian projects. At the same time, bicyclist and pedestrian injuries and fatalities are skyrocketing while other vehicle-related fatalities are on the decline. RTC’s report and the findings come as Congress takes up debate to reauthorize the nation’s federal transportation bill, a critical juncture that will define federal spending on active transportation for years to come.

According to RTC, focused public investment in connecting active transportation infrastructure is key to realizing the most substantial benefits for the nation. RTC is calling on Congress to double active transportation funding by growing Transportation Alternatives and curbing transfers so that meaningful opportunities are provided in all states to develop safe places to walk and bike; tripling funding for the Recreational Trails Program, the only federal funding source that supports trail maintenance, to reflect recreational fuel taxes and ensure good repair as trails age; and establishing focused funding for connectivity that invests in active transportation networks—which ensure that people can safely travel within their communities, and between residences and routine destinations such as jobs, schools, commercial centers and transit—and spine trails, which connect between communities and states.

Rails-to-Trails Conservancy is the nation’s largest trails organization—with a grassroots community more than 1 million strong—dedicated to connecting people and communities by creating a nationwide network of public trails, many from former rail lines. Connect with RTC at railstotrails.org and @railstotrails on Facebook, Twitter and Instagram.